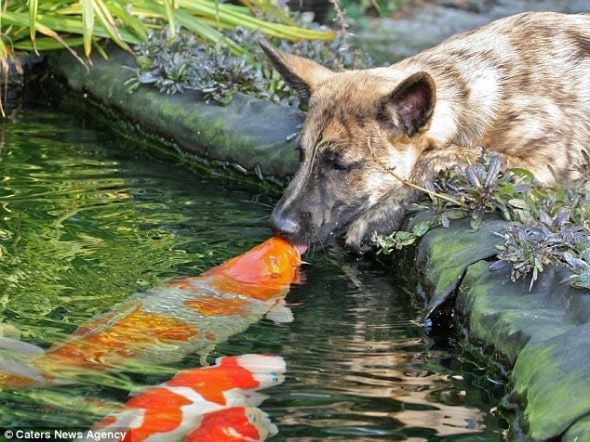 Dogs make special friendships with all sorts of people and animals. A Dutch Shepherd named Wiebe has made a unique friendship with his family’s koi carp. He even enjoys giving the fish kisses.

When Wiebe was just a puppy he was afraid of his family’s Eindhoven, Holland pond. He eventually warmed up to the pond and soon grew to love it. Every time he returns home from a walk with his owner, Dorri Eijsermans, he runs to the pond to get a drink of water. 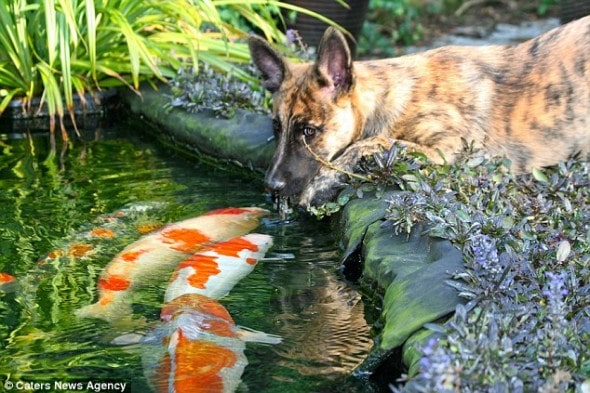 At the same time Dorri would feed the fish. Soon the fish began to associate Wiebe’s presence with feeding time and would get excited when they saw him. Now every time Wiebe comes close to the pond the fish become excited and swim towards the surface.

Wiebe likes the attention from the fish and while he drinks the water from the pond often ends up licking the fish, giving them kisses.

“As their owners we were delighted to see that Wiebe and the fish got along so well,” said Eijsermans, who noted the fish seem to enjoy Wiebe’s kisses and attention as much as he does. 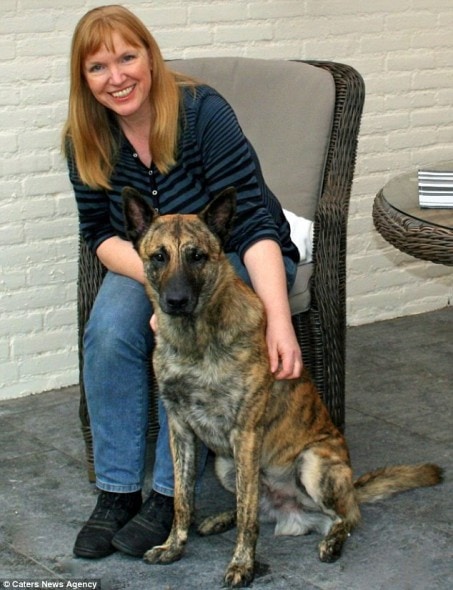