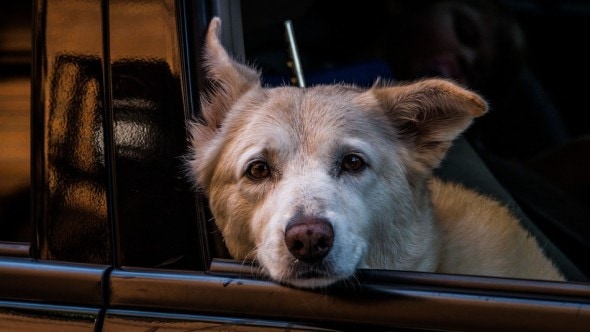 The state of Michigan is pushing to seek felony charges against anyone caught leaving a pet in a hot car.  It doesn’t matter if it’s a dog, a cat or any other animal; if you leave your pets in your car while it’s hot out, you will be caught and charged.  No excuses.

If the bill passes, then Michigan will join 16 other states where these crimes are all on that higher level.  Usually, if someone is charged with a felony, the consequences are considerably stiffer.  Many people charged with felonies not only get hit with pretty steep fines, but many also carry a minimum of jail time as well.

If an animal dies in a hot car in Michigan, and you are responsible, you could face up to $5,000.  Depending on other circumstances in the situation, you could catch a year behind bars and a $1,000 fine.  Just like many other felonies, the punishment will depend on exactly what happens to the animal while they are in the vehicle and at a judge’s discretion.

Those two sentences are among the highest that could be levied against someone.  Many first time offenders will be hit with either a $350 fine, and/or 30-60 days in jail.  There’s even a “second time offender’s” level, which has up to three months in jail and a $500 fine.

Please remember, even with cracked windows and the vehicle running, there’s no guarantee that your pet will be OK while locked up in there.  If you have to travel with pets, there are responsible ways to do so, which will also help you avoid legal problems that no one really wants to deal with.