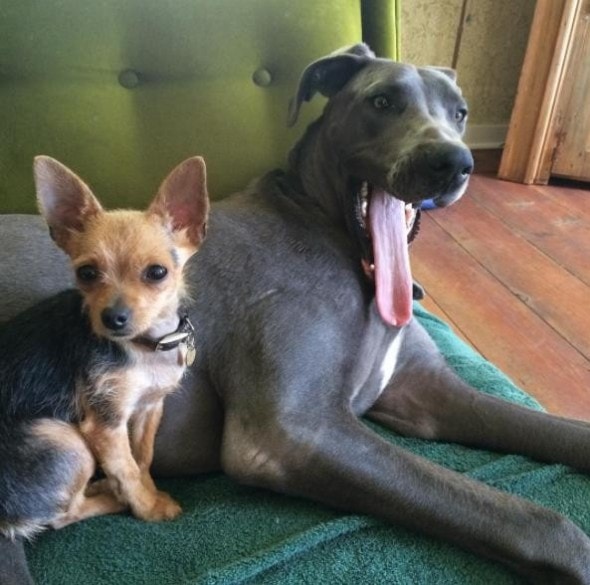 Greta and Rio are best friends, even if they do make for one odd-looking couple!  Adopted just three days apart, from the moment that they met each other a bond was formed unlike anything else their humans have ever seen.  It’s just too cute for words to see them together, and thankfully, their humans have shared a lot of photos for us to enjoy! 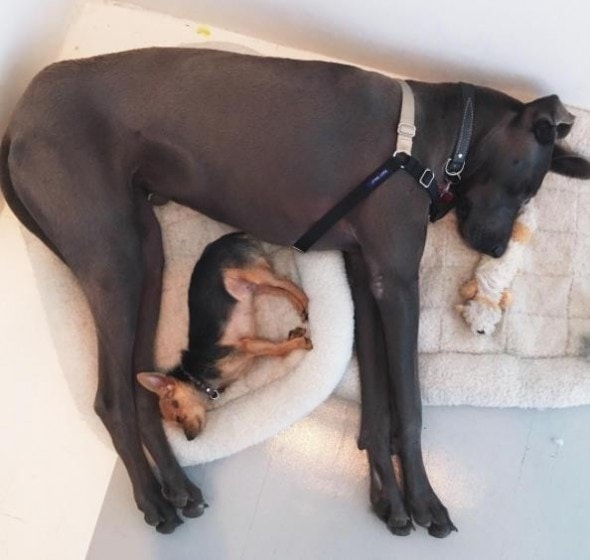 “Since we got them at the same time and the same age they are essentially sisters,” Haley Bond, the pair’s human mom, said to The Dodo.  “They LOVE each other.  Absolutely best friends.  When one leaves the house the other is visibly saddened.”

“They nap together a lot,” said Bond.  “They wrestle.  Greta likes to play keep-away with toys which drives Rio insane.  Sometimes Rio will latch onto a toy Greta is playing with and Greta will run dragging Rio behind because neither wants to let go.” 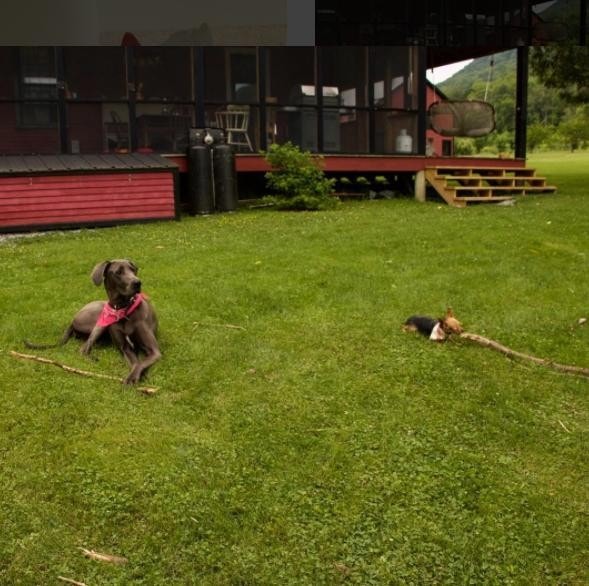 They almost don’t seem to notice the size difference at all.  One would expect the smaller dog to feel the need to be a bit more self-protective when they play, but that is not at all the case.  They almost view each other as equals in every single aspect of life; the physical and otherwise parts.

“It’s funny because when we walk the two of them together, Rio starts to pick fights because she knows she has back up,” Bond said.  “And if Rio does pick a fight, Greta will definitely step in if Rio is in over her head.  That can be a handful.”

As usual, Greta has no clue how big she really is.  This seems to be a common trait amongst the breed, as many of the great Danes we’ve met are exactly the same way. 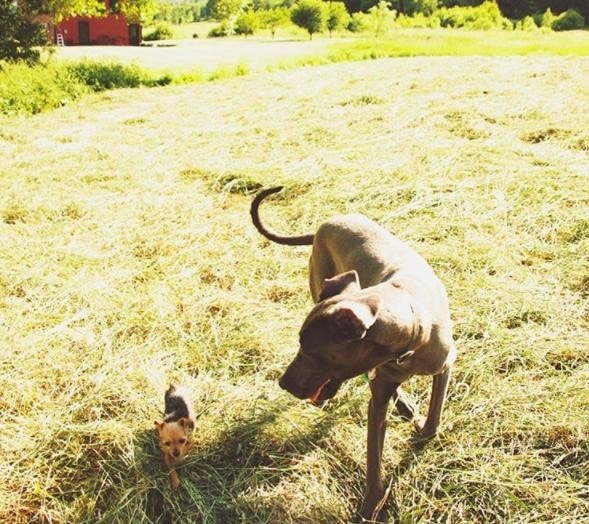 “She doesn’t quite know her size, so she’ll try to play with small dogs on the street and it scares the crap out of them,” Bond said. 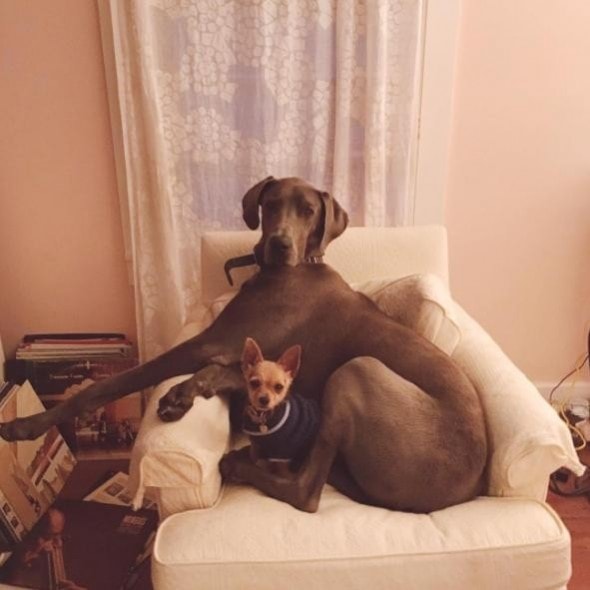