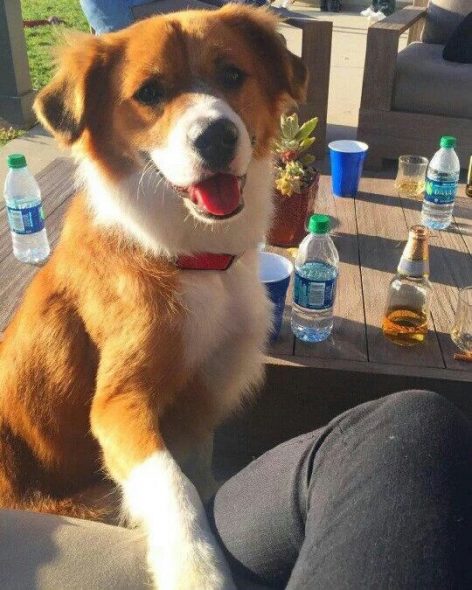 Chris Evans, known for being a real sweetheart both on-screen and off (visiting children’s hospitals in his spare time), is also a self-proclaimed “dog lunatic.”  Last year while working on the upcoming film Gifted, a scene took place in an animal shelter, and he fell in love with and adopted one of the dogs there.

Fans might remember the love he shared for his bulldog, East, who died in 2013.  Three years later Evans realized he was ready for a new dog when he came across a mutt that he named Dodger. 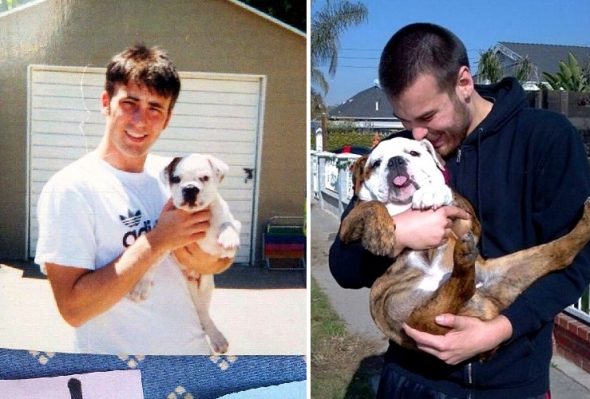 “One of the last scenes we were filming was in a pound, a kennel,” he told PEOPLE. “I foolishly walked in and I thought, ‘Are these actor dogs or are these real up for adoption dogs?’ And sure enough they were, so I was walking up and down the aisles and saw this one dude and he didn’t belong there.

Evans and Dodger do everything together, from playing and exercising to snoozing and hanging out with family. 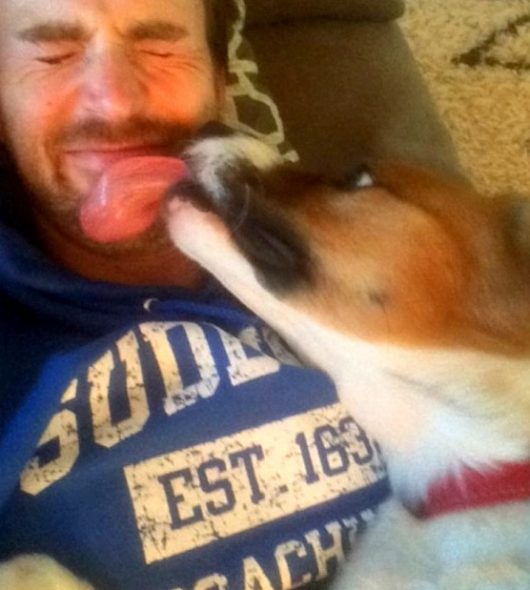 “Playing with him is exercise – he’s exhausting,” he laughed. “He’s up for anything. God – dogs, they’re such great animals. I really can’t say enough about dogs, I’m a dog lunatic. He sleeps on my pillow – you wake up face-to-face.”

But all the playing they do makes for a very dirty Dodger.