WARNING: THE ABOVE VIDEO IS GOING TO MAKE YOU ANGRY

But please, hold your rage. Because despite what you see, the story has a happy ending.

The Dallas Marshall’s Office, in an attempt to crack down on dog abandonment in one of the city’s worst areas for such offenses, installed a camera to catch folks in the act of leaving dogs at the road side. The problem in Dallas is severe, but its also unnecessary because city shelters will take any surrendered animal, giving it food and shelter and medical care and the chance to find another home in a safe environment. Yet people persist in being not only irresponsible, but cruel.

Hopefully, these cameras will make them think twice.

This video which shows a dog being coaxed from a vehicle and then left to fend for herself, was taken in early August. The SPCA of Texas shared it to its Facebook page and incredibly, the man seen in it, whom the SPCA reported as being named Gorge Spears, turned himself into police this week after an arrest warrant was issued, and criminal charges of cruelty will be filed.

Silver lining: this 1-year-old sweetheart, whom rescuers named Claira-Belle, has already been adopted!

She has since been renamed K.D. and, per SPCA staffers, is doing “extremely well” in her new home! 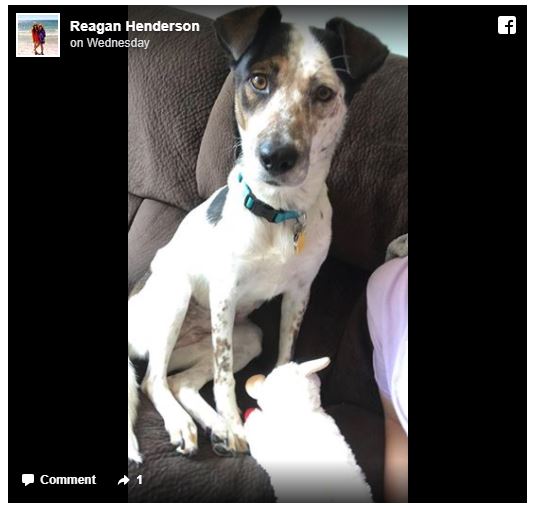 “Here’s an update on this sweet puppy!!,” a post on the SPCA of Texas Facebook page reads, “Claira-Belle (Now KD) is doing extremely well in her new home! She is quite possibly the sweetest dog I have ever met. From the time we got home on Saturday to now, KD has brought so much love into my home already. She enjoys cuddling on the couch, watching TV, and going for walks around the neighborhood. She is extremely calm and just wants to love everyone she meets. I was a little nervous about how she would adjust to her new surroundings because she was so timid in the shelter, but this beautiful girl has blown me away. Thank you to the people who rescued her and to the SPCA who brought us together. My heart is so so full of love and gratitude!!”