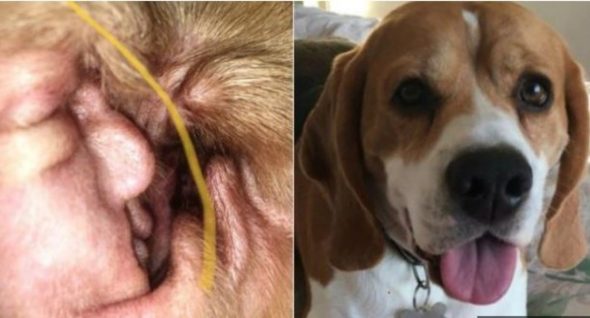 Chief the beagle lives in Jarrow, Tyneside, a town in northeast England. And his owner, 25-year-old Jade Robinson says that like many beagles, he’s full of mischief.

“”He has the very distinctive long ears,” she told the BBC, “and they spend a lot of time scraping the ground sniffing for lovely smells, unfortunately this leads to his ears picking up a lot of dirt.”

Robinson says they’ve done their best to keep Chief’s ears clean but that general cleaning can only go so far and Chief now has a cyst.

Like many pooches, hers doesn’t take to ear exams well, so she waited until he was asleep to snap a pic for the vet. That’s when her friend noticed something amid the fleshy folds of Chief’s ear: the face of the U.S. Commander in Chief! 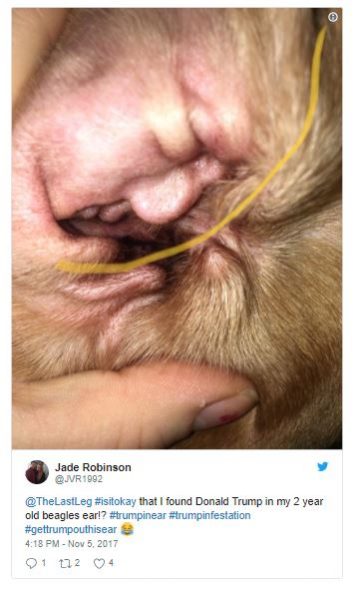 The image went viral after she shared it on social media and a crowdfunding effort to pay for the removal was a big success.

At press time, the pot had exceeded its goal. Chief’s ear cyst will be safely impeached in the near future.