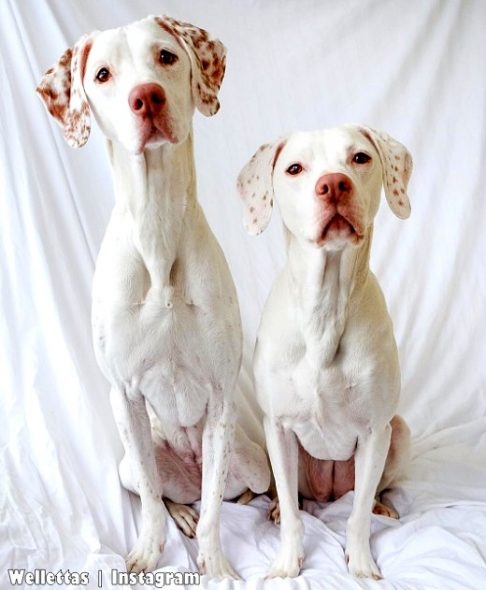 Nora had spent her whole life in a cage and was still a puppy herself when she gave birth.  She was fortunately rescued just before then, and naturally her puppies were adopted.  But seven years later when one of her puppies’ families could no longer keep her, they reached out to Nora’s family.  It’s as if they’ve never been apart, and a near tragedy has brought them even closer.

It was November of 2008 when 10-month-old Nora was saved from a backyard breeder hell in Manitoba, Canada, Had she not been rescued when she was, she likely would have spent her life as a miserable, malnourished puppy machine. 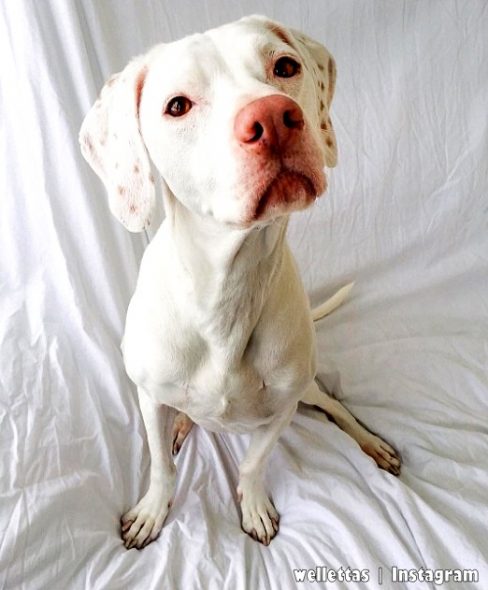 “She was just skin and bones,” Elizabeth Spence told The Dodo. “You could count all the ribs, and yet she was pregnant. She was dirty and terrified, and she had chain burns around her neck.”

Luckily, she was saved by animal control just two days before giving birth, and had gotten into a foster home with the help of Funds for Furry Friends.  She had five puppies, but one of them died.  The others flourished, and when they were ready, found homes.  Elizabeth and her husband were in the market for another dog, and went to visit Nora.

“We’ve always liked the ones who really need the love,” she said.  Nora certainly was one of them.  “She was clearly abused.  Initially when you’d go to pet her, she’d go down to the floor and she’d hunker away. She looked like she was afraid that she’d be hit or something like that.” 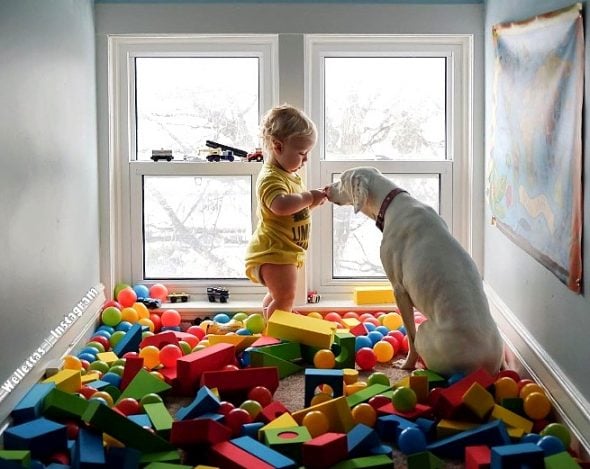 Her entire puppyhood had been wretched, but she remained ever sweet, and desperately wanted to make her new family happy.

“She’s been a wonderful dog, as kind and gentle as you’d ever imagine, which is somewhat surprising.  We didn’t have any kids at the time, but we had a dog, and we had three cats, and she adjusted really well to them,” Elizabeth explained.

“Then we had kids, and she adjusted really well to them, too.  I always felt she missed having her own pups to love, and she transferred that to my kids.” 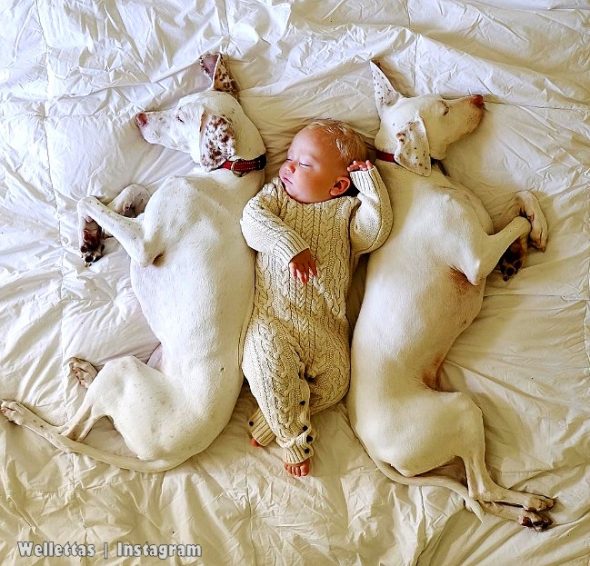 Nora grew really close with baby Archie, and the family seemed to be just right when they received a phone call that changed the dynamic forever.  The family of one of Nora’s daughters had to give her up, and wanted to know if the Spences would like her.

“We just had a baby and we had all of these animals, but I gave my husband the proverbial puppy dog eyes, and I said, ‘Let’s just meet her.’”

Well, we know how that always goes.  Remi, short for Remington, lived on a farm six hours away, but her family made the six-hour drive to Winnipeg to reunite mother and daughter. 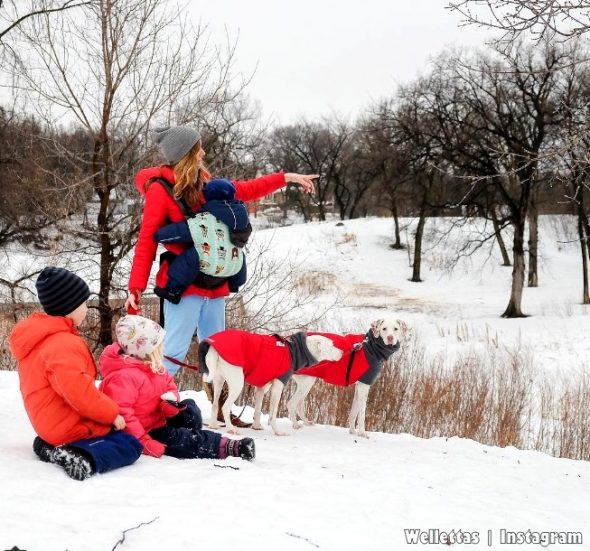 “They just immediately started playing – jumping on each other, rolling all around,” Elizabeth recalled. “It was just like Nora and Remi had never been apart.”

It seems that Nora had made the decision for them.  The English Pointer recognized her flesh and blood, and there was no way the Spences could even think about tearing them apart.

“Nora definitely knew.  They say that dogs never forget a smell. I don’t know if we’re romanticizing it or not, but I’ve never seen Nora so immediately affectionate with another dog.” 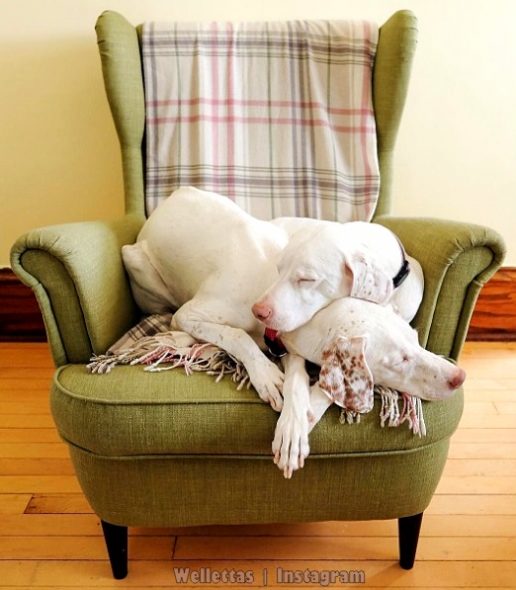 Everything was going so well, but then a week later, disaster struck.  Remi slipped her leash and dashed into the street, where she was hit by a car.  Elizabeth rushed her to a vet, but they didn’t think she would survive.

“They weren’t sure if she had internal damage,” she said.  “It was a bit touch and go there for a few days.”

When Remi was well enough to come home, Nora refused to leave her side.  She had probably sensed something was wrong and fretted the whole time her pup was gone.  It had taken them so long to be together again, and in a heartbeat she came so close to losing her. 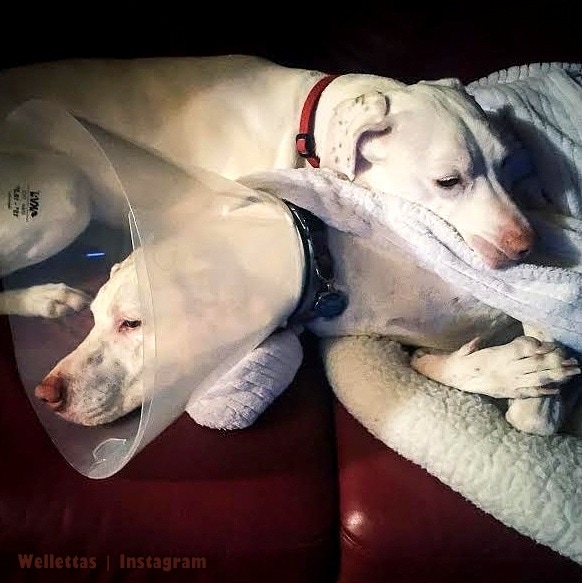 “Nora slept on top of her for about a week, like right on top of her,” Elizabeth described.  “She’d only known her for a week, and she didn’t leave her side at all, and she just slept on her.”

Thankfully, Remi is right as rain now, but Nora isn’t letting her precious daughter out of her sight – this accident has now brought them even closer.

“They’ll play tug of war with the squeeze toy, they’ll roll around, they lick each other,” Elizabeth said. “They sleep on top of each other all the time, and there’s never any fighting or establishing of position. It’s just beautiful.  The circle of love is complete now that she has Remi, too.” 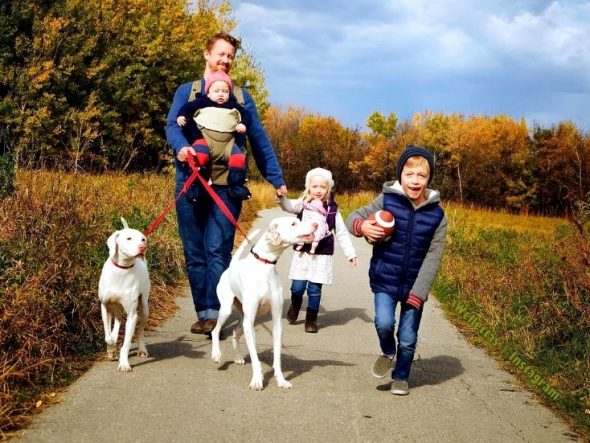 But this bond isn’t just limited to Nora and Remi; all of the kids and pets get along remarkably well.

“Every day you just see a pile of cats and a pile of dogs and a pile of kids sleeping together,” Elizabeth noted. “It’s quite surprising to us that we ended up with all these animals who are incredibly loving and affectionate. Everyone gets along. It’s really neat, and really fun to see.” 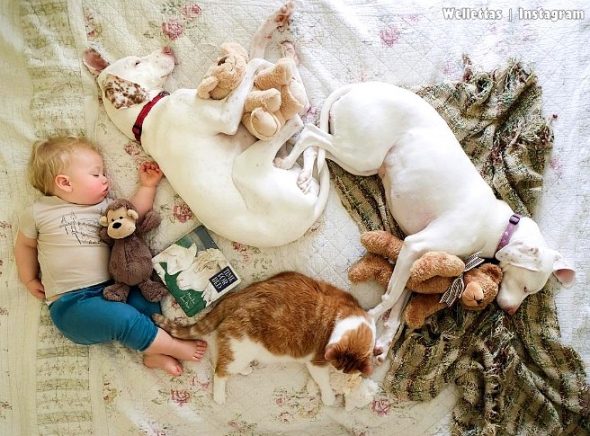