After reading all of the comments relating to Part 1 of this series I decided to do some more research and revise.  Not because anybody changed my opinion, but because there are some thoughts out there that really need to be addressed.

First of all I’d like all of you to know that I called PETA this week, just to ask them, personally, what their view of companion animals/pets was and where they stood.  What an earful I got.  More about that further down this article

Seems that many of you were unaware that there was a difference between the two groups.  It also seems that there is a strong faction out there that doesn’t think we should make a distinction between the two, that ‘labeling’ things is wrong and that both groups are working toward the greater good.  In a world where most people read the labels on a can of soup in order to make a distinction as to it’s content and nutritional merit why in the world would anybody decided to blindly support something without knowing what is in it…except perhaps the health care bill, but I digress.

We label everything from food items to clothing content, we label our political groups, and we even brand our own identity with logos and mission statements.  To suggest that in this incident we just accept that what people are doing is right, just, correct, ethical, and acceptable, is to go blindly about without realizing the future consequences.  And the consequences are dire.  More about that in part three.

Let me clarify something.  I think everyone reading this article is well aware that animals are being abused, neglected, tortured, etc.  And I think it fair to say that all of us would like to see that stop.  But I don’t think losing our companion animals is the way to go about this task. 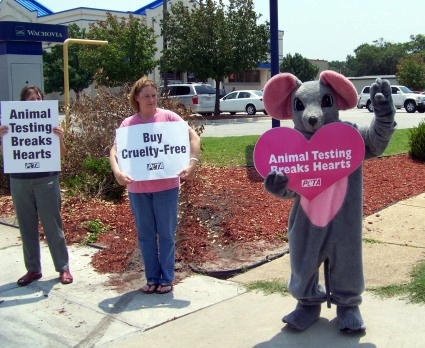 Let me reiterate a conversation I had with the woman who FINALLY answered the phone at PETA.  And I am paraphrasing here – it took awhile to get this woman to actually begin to give me something other than intellectual hype.  She would not give me her name when I told her I was writing an article about their group.

ME: What I want to know is what PETA thinks about companion animals.

ME: What do you mean by enslaving?

PETA: We need to quit putting them in cages.

ME: My pets are not in cages.

PETA: You dictate when they eat, you tell them when they have to go to the bathroom, you make them get off the furniture, you discipline them and make them do tricks.  They are slaves and need to be liberated.

ME: By killing them all so there aren’t any more?  How can you purport animal rights when you advocate spay/neuter? Don’t they have the right to procreate then?

PETA: You are a slave owner.  We need to quit breeding animals altogether.

ME: So you advocate annihilating entire species.

Here is a quote from their website and I will include the link here so that all may see it for themselves:

This selfish desire to possess animals and receive love from them causes immeasurable suffering, which results from manipulating their breeding, selling or giving them away casually, and depriving them of the opportunity to engage in their natural behavior. They are restricted to human homes, where they must obey commands and can only eat, drink, and even urinate when humans allow them to.

Even in “good” homes, cats must relieve themselves in dirty litter boxes and often have the tips of their toes amputated through de-clawing.  Dogs often have to drink water that has been sitting around for days, are hurried along on their walks, if they even get walked, and are yelled at to get off the furniture or be quiet.  http://www.peta.org/about/why-peta/pets.aspx

Now, they do go on to say that they don’t want to yank well cared for pets from homes, but according to the statement above, if we let our animals out to pee on our own schedules it’s tantamount to abuse.  If we keep them off the furniture we’re evil people.  Just who is going to ‘label’ abuse, who’s going to make the call that a well trained seeing eye dog is being cruelly treated because it helps its disabled human?   Is there some sort of ‘dog police’ that will come to my home and tell me that if the dogs aren’t allowed on the sofa I’m guilty of ill treatment?  My dogs are allowed on the sofa so it really wouldn’t apply to me personally but you get my point.  Does anybody else think it odd that the rights activists can tell me that my animals should be allowed to pee whenever and wherever they want, but not have the right to procreate if they want to???  Hypocrisy really irritates me.  (Hypocrite – someone who gives a false appearance of having admirable principles, beliefs, or feelings.)  I put this definition here do illustrate a point, not because these readers don’t understand the meaning of the word.

Animal welfare believes that no matter the end use of the animal – and yes, I’m aware of the horrendous plight of cattle, horses, pigs, chickens, etc  – I need no lecture on that count– that they have the right to have their basic needs of food, shelter and a clean environment in which to live.  Now when you think about that carefully, this should cover the abuses at mills, stockyards, etc.  It doesn’t because we can’t seem to figure out what the definition of ‘needs’ is.  And yes, the age-old almighty bribe comes into play with inspectors.

Both groups have their own faults and strengths.  Both have done lots of good to bring attention to the plight of animals in this world – nobody is arguing that point.  I object to hypocrites.   I object to anybody advocating killing millions of animals in the name of humane treatment.  I object to those who do not know me telling me I am mistreating my animals.  I object to extremists who turn the public off to the very issue we are doing our best to champion.

So what can we do personally in our everyday lives to REALLY help this issue?  It’s simpler than you think, but requires a change of mindset.  More of that in Part 3.