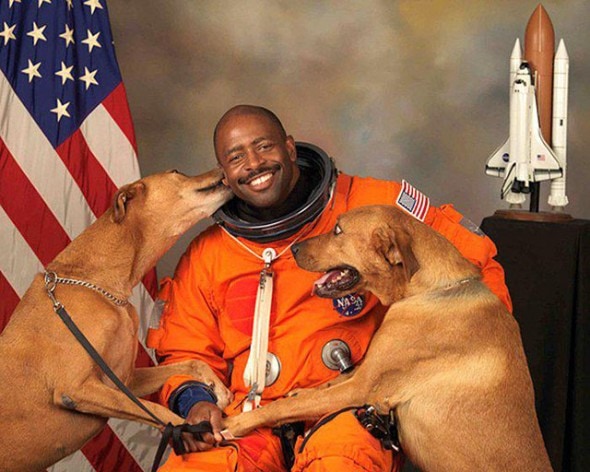 (Sorry – another writer covered this story back in February, but I wasn’t aware of that when I posted this.)

Astronaut Leland Melvin was able to sneak his two rescue dogs onto the official photo shoot for his NASA portrait.  As you can see, Jake and Scout love Leland as the three share a lighthearted moment in the studio together.

Leland said that when they had told him that he’d be up for an official NASA photo, he knew he had to get his dogs in the shot with him.  He ended up sneaking both dogs in with him that morning in 2009 for the shoot.

There are two photos he has with the dogs.  The first one, full of fun and affection.  Complete with big, wet, sloppy kisses and hugs from Jake and Scout.  The second is a bit more tame by comparison, but just one look at it, and it’s easy to see the love.

Official NASA portraits, almost especially for astronauts, are for the most part a laid-back affair.  However these two photos, are a couple of our favorites. 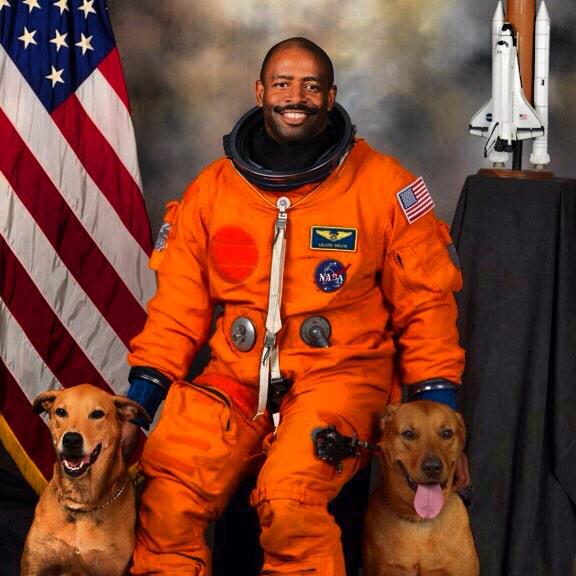