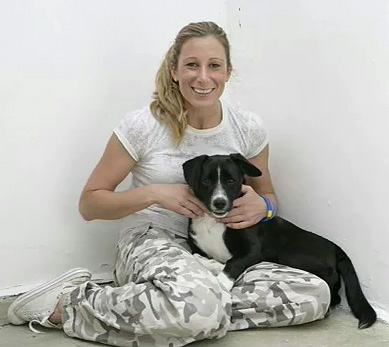 A charity set up by a Royal Marine is helping British troops bring home their canine friends from Afghanistan.

Pen Farthing set up Nowzad Dogs after his 2007 tour of Afghanistan, where he rescued a dog from a fight, which Afghan men were arranging for sport. He believes that the dogs can be therapeutic and help soldiers re-adjust to life back at home.

Sergeant Sarah Marriott rescued her dog Reorg from a group of children who were going to drown him. British Forces News reporter Julie Knox went to meet Sarah and Pen, to see why their dogs are so special to them.

To find out more about the Nowzad Dogs charity please see: http://www.nowzad.com or http://www.justgiving.com/Sarah-marriott