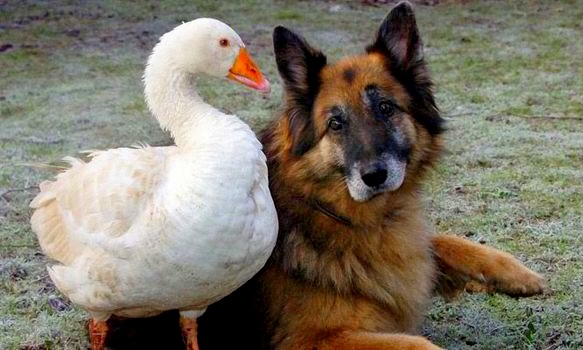 Rex the German shepherd came close to being put to sleep because of his overt aggression, but all it took was a little love from a goose to soften his heart and save his life.

Rex was so ferocious that two people were required to feed him – one person to cause a distraction and another to quickly slide a bowl of food into his kennel. He barked and fiercely growled at anyone or anything that walked past. He would try to get his head out of his run to eat wild rabbits that got too close. 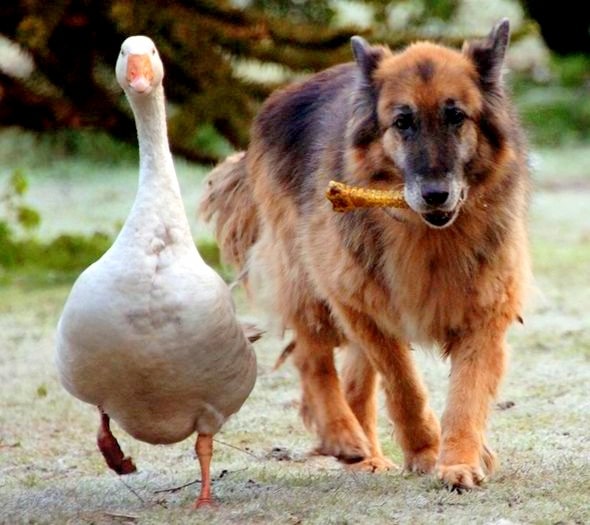 But that all changed when Rex met Geraldine. The worst was feared when Geraldine strayed too near Rex’s enclosure, but the pair became surprisingly fast friends. Now they go for walks in the woods and cuddle to sleep in Rex’s bed every night.

Staff at the Puriton Horse and Animal Rescue in the UK are amazed at the transformations in the ornery bird and the vicious dog. They believe the two bring out the best in each other. 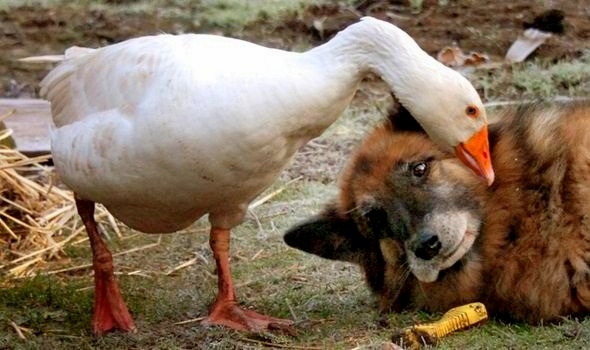 “It’s so comical to see them because they love each other to bits,” said Sheila Brislin, who runs the Puriton Horse. “She just runs around alongside him all day long and whenever we take him for a walk in the woods, she has to come, too.

“They are very affectionate and he’s always licking her head and kissing her. She snuggles into him and they sleep together every night. Normally any bird that crossed his path would have been eaten by now – he’s that kind of dog – but not Geraldine. I’ve been doing rescue work since 1997 and seen all kinds of strange animal behavior, but I’ve never seen anything like this.” 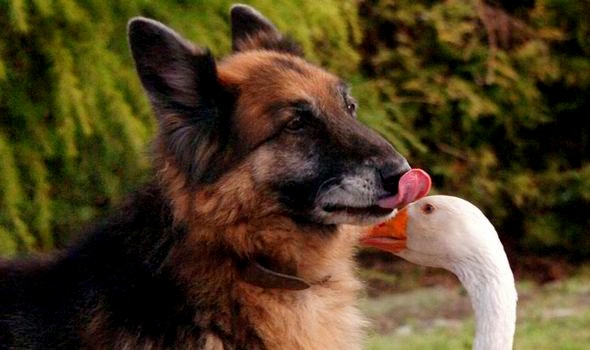 Eleven-year-old Rex arrived at the sanctuary after being found chained in a scrapyard when he was only three.

“They were going to give him a lethal injection to put him down because he had bitten everybody at his previous shelter and there was nothing they could do with him,” Sheila said. “They were so scared of him, one worker had to distract him at the front of the run while the other threw his food in at the back. He was the kind of dog that would put his head through the fence to try and bite the heads off rabbits.” 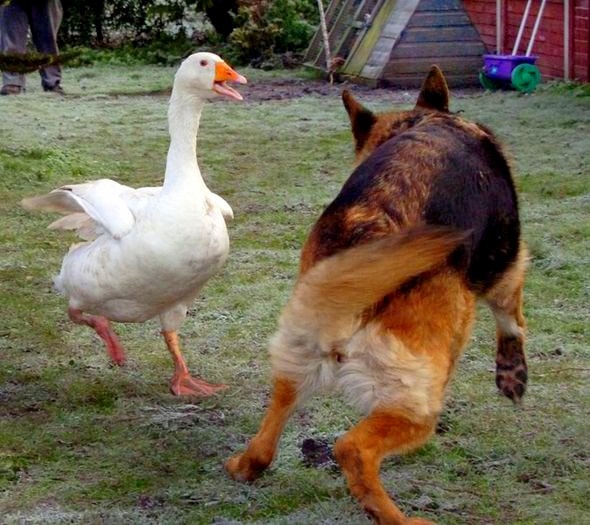 Geraldine was brought to the sanctuary three months ago after being saved from a family that couldn’t deal with her. She initially spent time with Donald the duck and other birds, but then she met Rex.

“At first we thought he was chasing her and they were fighting about who was boss, but she stood up for herself and that was that, they just fell for each other,” Sheila explained. “They snuggle down together and Rex puts his leg over her to protect her. In the morning they have breakfast together. It’s really sweet to see them.” 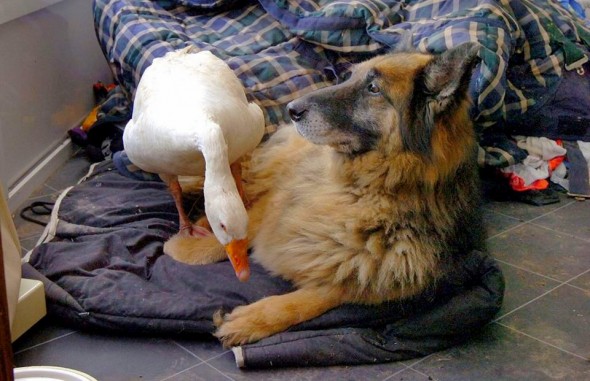 The only one who doesn’t like to see the new couple together is German shepherd Vera, Rex’s former gal pal.

“Geraldine doesn’t like Vera at all and makes it quite clear that Rex is hers,” said Sheila. “She goes on the attack if she comes anywhere near, and Vera is scared of her. We’ve had to give Vera lots of cuddles and attention so she doesn’t feel left out.” 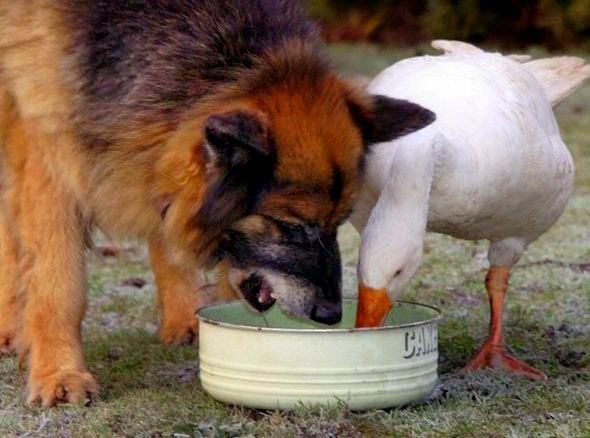