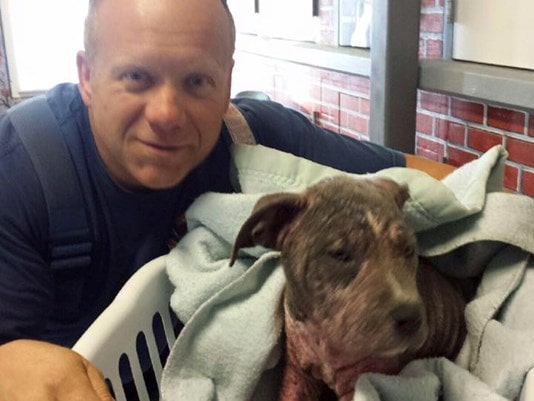 WARNING!  You may need to be in close proximity to a sizable box of tissues after this one!  Don’t say that we didn’t warn you.  Chunkie was rescued by firefighter Mike Thawley from Fire Station 14 in Sacramento, California.  She was all depressed in the shelter until the day Mike payed her a visit. 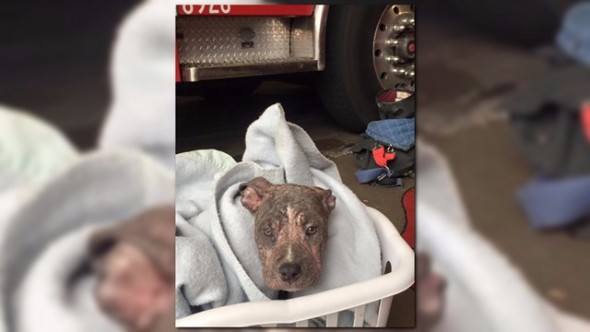 As you can see in the video, Chunkie is one excited pooch.  She was taken out of a life of abuse and neglect by Mike, and when he arrived, it was like Christmas for Chunkie.  And that’s totally understandable.  Think about how scary it must be for a dog in a strange shelter, let alone one that’s only known life at the end of a chain, outdoors with little to no shelter, and inconsistent food.  Sure, a shelter is warm and dry, but you’re far from anything that looks like “home.” 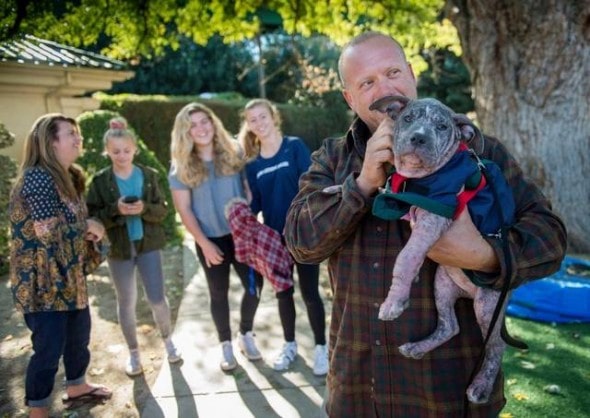 After seeing her reaction to his visit, Mike and his family are now talking about adopting Chunkie.  She’s still going to need to be in recovery at Front Street Shelter, but as soon as she’s released for acute medical care, he wants to begin the process of adding her to his family.

UPDATE:  IT’S OFFICIAL!  Chunkie was adopted by the Thawley family as of late today!  Congratulations!