Sooner or later every pet owner finds himself or herself faced with the reality that their pet may not be with them much longer. Where our pets go when they die has been a topic hotly debated by animal lovers and religious groups.  Lengthy articles and arguments pro and con haven’t really settled the ongoing dispute. So let’s take a look at some of the popular (or if you’re an animal lover the not so popular) beliefs and opinions wafting through the blogosphere. 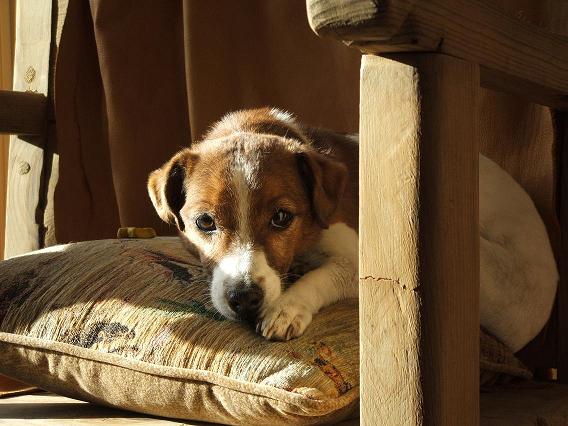 Christians find this a particularly difficult question.  Christianity bases the answers to spiritual questions around the authority of the Bible.  But short of a scripture-slinging contest, addressing the issue of whether animals go to heaven begs the issue: Do they have souls?  And if so, do they need to be ‘saved or redeemed’ to reach heavenly aspirations.   Lots of content here so stick with me.

The problem is that scripture doesn’t give a definitive answer on the topic.  It’s my opinion, however, that the lack of scripture surrounding this issue isn’t surprising nor does it implicate a negative answer.  The Bible was intended for human salvation.  Its entire purpose is to save us from our human condition.  Animals are not slave to the choices we humans are required to make in life.  They act upon instinct.  For instance they don’t sit and look at a trashcan full of food scraps and think, “If I get into that can I know that I am doing an evil thing.”  They may know that they are in trouble once it’s all over, but not because the act itself was bad, but because the expectations from their human counterparts are such that they know it’s off limits. God given nature vs. human requirements.

Animals are not inherently evil.  Therefore no kind of ‘redemption’ is going to send them to heaven.  So how do we answer this question?  We answer it based on logic rather than on theology.  Theology would have you believe that man is a ‘fallen’ being unworthy of heaven unless their souls are ‘saved.’  Animals cannot choose between good and evil and therefore have not ‘fallen.’ Not being sinners they have no need to be saved.  Thus this argument leads to the natural conclusion – religious restraints don’t apply as a basis for believing that animals should be let in or kept out of heaven.  I believe that animals are ushered into heaven for putting up with the God-awful things we humans do to them.  Why would animals need a patron Saint – St. Francis of Assisi if they were not considered worthy of heaven?  And why is it customary for churches to have ceremonies blessing the animals?  Some say our love redeems their souls to heaven.  I think it’s the other way round.

We each have our own photographic view of what eternity looks like.  Your vision may be fields of flowers and trees or mountains and valleys, running water or streets paved in gold with angels singing everywhere, others visions might be full of the animals and people that they have loved.  We know by scripture that there are horses in heaven – Revelation 19; Chapter 11 ‘And I saw heaven opened, and behold a white horse; and he that sat upon him was called Faithful and True.’  I could go all out here and say that a dog was sitting on that horse because they are the only animals I know that are faithful and true!  But I blaspheme!

Now to add a bit of practicality here I must say that if there are chickens in heaven I’m going to have to rethink this whole afterlife affair.  I’ve never known anything dumber than a chicken and although intelligence doesn’t necessarily pre-qualify one for a heavenly post, I must say that they don’t give me much of a feeling of peace or tranquility. In fact I’ve never known anything so deserving of being so low on the food chain.  Yes I know, some chicken owners swear their birds are very smart and will follow them around and learn tricks.  Mine would run terrified of a strawberry rather than eat it.  Perhaps I should say that chickens would not be in ‘my’ view of heaven.

I don’t know about your picture of heaven, but mine is full of the wonderful animals that I have lost throughout my lifetime.  I feel some 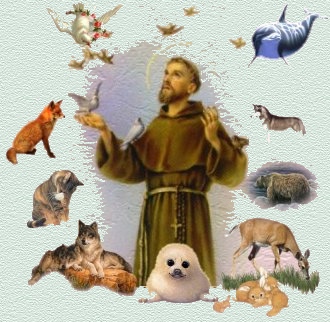 of those animals with me daily; others I believe are enjoying an afterlife filled with as much love as they gave.  To go further on a personal note, the animal dearest to me was my Jack Russell, Crusher.  Crushie was a special little guy, he picked me not vice-versa and he was so faithful he was never more than ten feet from my side no matter where we went or what we did.  He was never leashed, he protected me from an abusive husband, and he was beside me through many difficult times.  To look into his eyes was to see your own soul and salvation.

Even after his death I felt Crusher with me and often the tags of his collar hanging in a prominent place in the house will jingle for no apparent reason. Shortly after he died I was doing a real estate appraisal in northern Wyoming. I walked out of a real estate office after picking up a key and an elderly man of Native American descent looked at me and asked me if I was aware that a small tan and white dog followed me wherever I went.  I was instantly in tears and replied, “One used to follow me but had recently died.” He said “He is with you now, right by your feet as he was in life.”

How this man knew that was not apparent to me, but I feel Crusher with me most all of the time.  As far as I’m concerned his love is never-ending, unconditional, and that in itself is deserving of heaven. Marshall, on the other hand, is enjoying the life in heaven that he didn’t have here on earth and I will meet with him at a future time. His spirit is full of joy and love and wholeness running top speed uncrippled through fields and mud and whatever else his heart desires. After ten years in a puppy mill I cannot imagine anything else for that wee precious soul.

In my opinion, pets teach us about compassion, love, mercy, unconditional love, patience and understanding.  If pets are a means by which we learn about love are we destined to have to live without that love in the afterlife?  Does a compassionate higher being make arbitrary rules that forbid us from continuing in that love after we die?  And what about the animals that suffered only abuse and neglect here on earth.  If our love ‘redeems’ our pets into a heavenly abode are those that never felt love relegated to hell?  I don’t think so.  Hell is not a catchall receptacle for those who were never loved here on earth.  It is a specific place for evildoers; therefore I don’t think any animals reside there.

In reality I don’t think that animals mentate on the afterlife.  They live in the now and are unconcerned with whether we are reunited in heaven. Our questions about heaven are based on our own human grief and how we can live with that grief until we too leave this earthly world. This is not to say that pets don’t mourn the loss of their human companions.  I’ve seen many a pet grieve for very long periods of time.  It’s just unclear as to whether they actually understand what has happened. 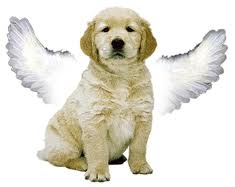 Placing restrictions on what can and cannot be in heaven is a fruitless endeavor by people who have way too much time on their hands. I find the theological arguments that animals do not go to heaven based on a lack of scriptural evidence deficient in any sort of legitimacy. I believe that when God is silent on an issue that he leaves it up to our own hearts to decide.  The belief that animals have no soul can only be held by those who have never looked into the eyes of a beloved pet to see that love reflected back at them without the human limitations we put on ourselves.  I believe that God created a space in heaven for animals long before he decided to let us humans in.  After all, we have criteria we must meet to get there.  Animals love unconditionally making them more heaven worthy than we are.

Colloidal Silver for Dogs
What’s the Best Dog Food for Your Siberian Husky?
Best Wet Dog Food
Most Popular Dog Breeds
Grandma Lucy's
Pro Pac
How to Raise a Puppy: Recommendations from a Vet
VIDEO: This hilarious, leaf-loving Lab is the antidote to Mondays.

72 thoughts on “Do Animals Go To Heaven?”