A Georgia man says he owes his life to his dog, who did not manage to escape from the fire it saved him from. Scott Dunn told CBS Affiliate WGCL that he and his dog Duncan fell asleep together on the sofa in the living room of his Marietta home.

“And the next thing I know he was pawing at me, barking and scratching, and I woke up and I couldn’t see anything,” Dunn told WGCL as he fought back tears. “The smoke was a foot from the floor.” 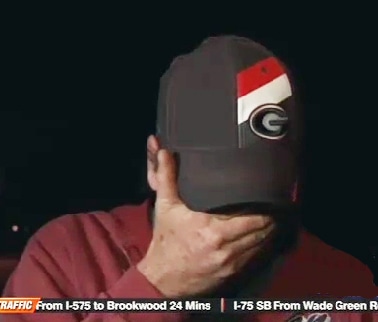 Dunn grabbed Duncan by the collar and exited the building while dodging flames, only to realize that the dog had broken free of his collar and was still inside. It was too late for Dunn to go back. In a heartbreaking interview he wept as he explained what happened.

He tried to retrieve the dog but, Dunn said, “He wouldn’t come. I think he was just as scared as I was.” When firefighters got the blaze under control,they found Duncan’s body curled up on Scott’s bed.

Investigators have not yet determined the cause of the fire.