A man in Ohio is alive today thanks to his dog. The man went duck hunting and took his four-legged friend along. The pet owner ventured into a muddy lake and got tapped, luckily his dog was right by his side and provided the man with a life line.

The hunter wanted to place a duck decoy in the lake but had no clue that entering the muddy waters would put his life at risk. Submerged in the  lake, the man’s legs got trapped in the heavy mud. He couldn’t free his legs and had to figure out a way to call for help. 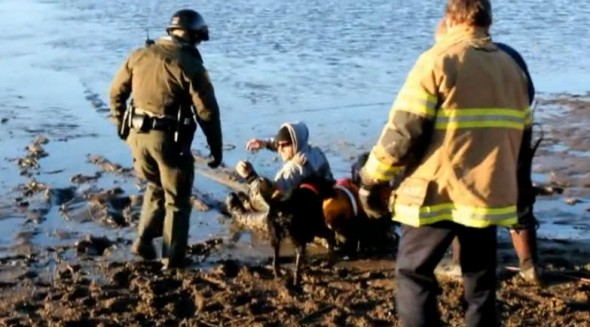 The hunter’s dog patiently waited for his master’s return to shore, but with each passing minute the dog grew worried. Luckily for the hunter, he had his cell phone with him and  was able to call authorities.

When rescuers arrived, they realized  they too would get stuck in the mud if they tried to reach the man, but the dog was the only one able to swim without getting stuck. Rescuers tied a rope to the pet’s harness and had him reach his owner, that’s how the dog became the hunter’s only life line. 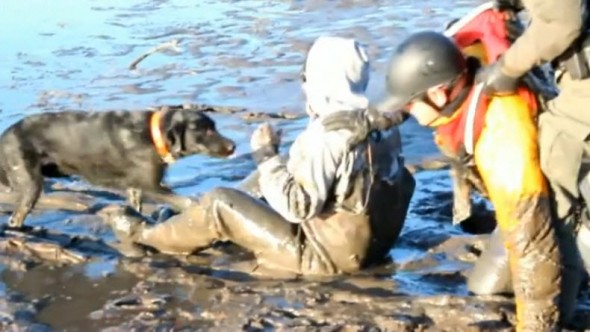 Once the dog reached his owner, the hunter untied the rope, secured it to his body and waited for a rescuer to reach him. The rescuer was also tied to the rope and with the help of others back on safe land, the trapped hunter was pulled from the mud.

If it wasn’t for the heroic dog, the hunter would have spent more time in the frigid waters while rescuers devised a plan to reach him without getting themselves trapped in the mud too.