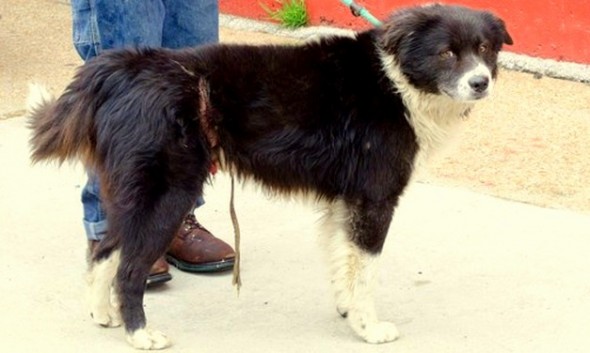 WARNING:  This article features a graphic photo that will be disturbing to many.

A St. Louis dog who had a rope tied so tightly around his waist that it damaged his penis has been rescued.  It will take time, but hopefully with the love from Stray Rescue of St. Louis, Pazzo will recover from his horrific trauma.

On March 27th, the US Marshalls called Stray Rescue in regarding a chained dog owned by a felon.  Another very badly injured dog was nearby and desperately needed their help.  A rope was purposely tied so tightly around his torso that his penis was severed in half.

“He was suffering excruciating pain and severe infection which would have eventually caused a slow and very painful death. The rope was placed and tied so tightly that it was embedded deeply into his waist.  Even us seasoned rescuers were in shock at what we saw,” read the article on Stray Rescue’s site. 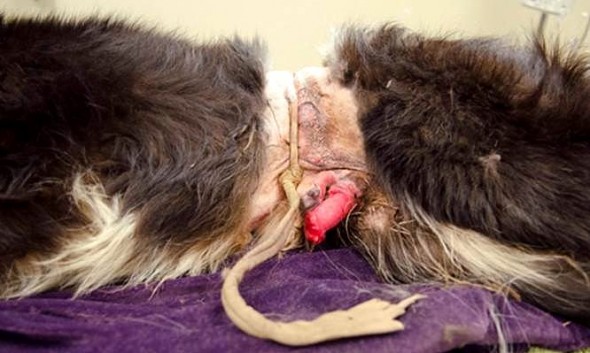 “The death cord was also tied so constricting that it cut into his prepuce (penis sheath), cutting it in half. Upon arrival to our trauma center, he went straight into surgery. Our Dr. Sullivan had his work cut out from suturing the waist line together, severe infection and reconstructive surgery….reconstructing everything. He will likely need two more surgeries. And to make matters worse, the poor guy also has heartworm disease.

“I visited with Pazzo yesterday, and we went for a walk. He is such a sweet, gentle, forgiving dog soul. I feel that the nicer the dog, sometimes the easier they fall prey to be victimized. He is so trusting, even after all he has endured and continues to go through on his road to recovery.”

The crime took place in North St. Louis near Christian Avenue in the Baden neighborhood.  A reward has been offered for the capture of Pazzo’s abuser(s).  If you have any information, please call Stray Rescue at 314-771-6121 ext. 255. 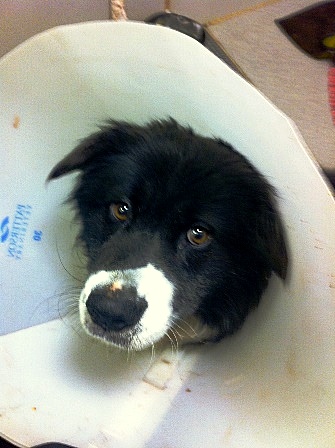 0 thoughts on “Dog with Extremely Tight Tether Around Waist Rescued”