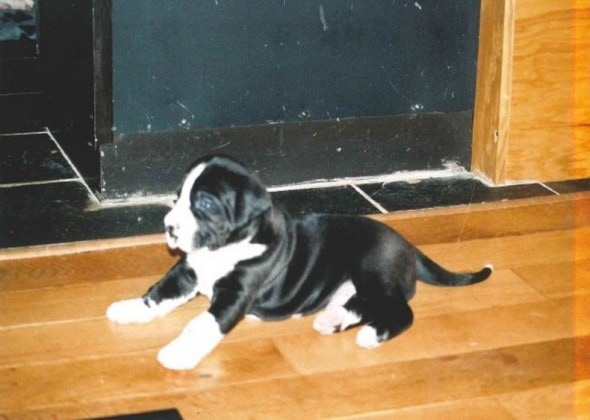 This adorable little guy in the picture above is Yogi.  When his human mom adopted him, she told her husband he was a Jack Russell and probably wouldn’t ever get over the twenty pound mark.  Fast forward to today, and the deception comes to light.

When Sue Markham brought Yogi home from a shelter, she told her husband that the dog was a Jack Russell.  Mr. Markham was totally fine with making an addition to the family by adopting a dog, on the condition that they would get a smaller sized one.  However, that all went out the window when she saw Yogi.  She just had to have him, so she brought him home.

Mrs. Markham knew full well that Yogi was a great Dane.  If you didn’t already know, that is in no way a smaller sized dog.  That’s not even a medium sized dog.  Yogi may have started out at 1 pound, 15 ounces, but he wouldn’t stay that way long. 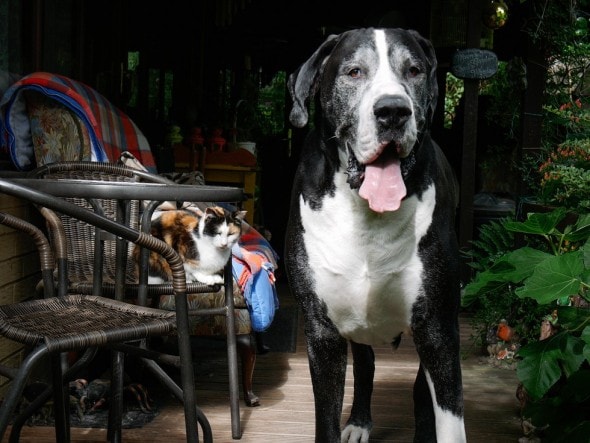 Starting out with them as a puppy, he was so cute and small, it’s easy to see how one would love to have him.  But would Mr. Markham go for it?  Possibly.  If she just told Mr. Markham that Yogi would remain smaller, then maybe by the time he realized anything amiss it would be far too late to do anything about it.

Things were going just fine, until Mr. Markham noticed that Yogi was polishing off about $60 in dog food a week.  That most certainly is A LOT of dog food.  It turned out that Yogi was not just a great Dane, but a Boston Great Dane, which just also happens to be one of the single largest breeds on the planet!

Today, Yogi is weighing in at about 200 pounds, and is around six feet, ten inches from tip to tail.  Much bigger than your everyday Jack Russell, that’s for sure.  He’s a neighborhood favorite as well, gaining tons of attention for his very large size and gentle giant manner.

If you were wondering, Mr. and Mrs. Markham are still together.  Even with the whole little white lie about a puppy not being roughly the size of a small pony when fully grown.  Yogi loves his human mom and dad, and spends most of his days getting all the play, love and attention a dog could ever want.  Not too bad for a former shelter puppy. 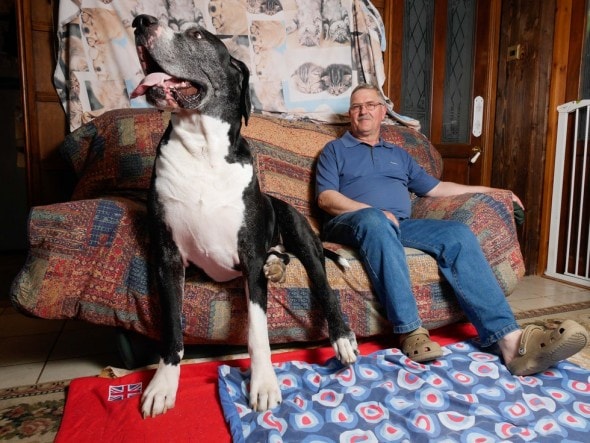