After the first Nebraska Huskers football game of the season, the family was celebrating with a pick up game in the yard.  My niece Oreo Dog was in the middle of every play.  I too was playing a critical part in the game.  Not to brag, but it is the same part I play in many TV shows – CSI, Scrubs, even occasional talk shows (watching). 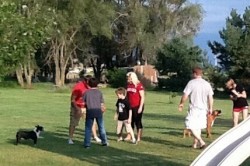 WARNING:  The rest of this story is incredibly boring.  And thank goodness!  Because I love Oreo.  I will try to keep it short.

From the sidelines we called off the game and took the star player off the field.  We had her come inside and drink a bit and rest for the remainder of the evening.  She resumed normal breathing within a few minutes and was back to her normal gait within a few more minutes.  By the time we left about an hour later, Oreo had made a full recovery.

Why the boring story?

This could have ended very badly.  The entire family stepped in (I love you guys!) to do for Oreo what she could not do for herself…take her out of the game when she was in a state of extreme exhaustion.

Suggestions were made (by me too…Sorry Oreo) that this may have been an IQ issue.  But let’s give Oreo the benefit of the doubt!  Perhaps she was caught up in the moment or enjoying time with her favorite people or entirely dedicated to the game, all very admirable traits.  Whatever the reason,  dogs will not always stop when they ought.  Dogs who overexert themselves over an extended peroid of time are at risk of extreme exhaustion, which can be fatal if unchecked.

The following factors make extreme exhaustion even more dangerous and demand extra vigilance on our part: 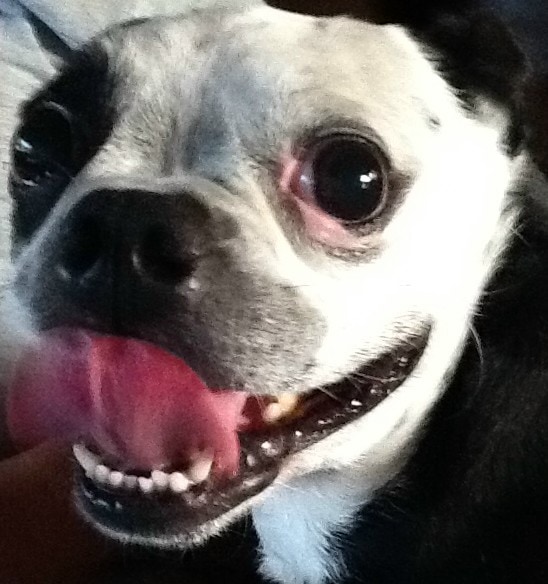