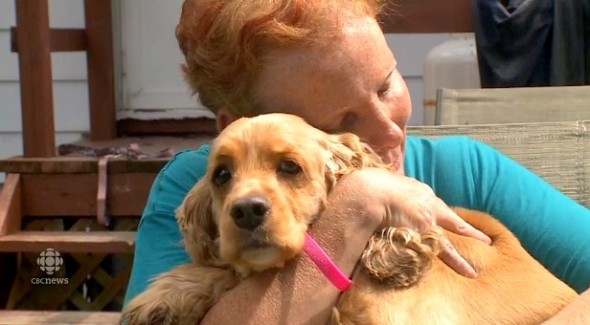 A Cocker Spaniel is being hailed as a hero for doing whatever it took to wake up her human and alert her to the fire that was quickly ravaging their Windsor, Ontario home.  Lorie Ledoux was able to throw both of her dogs out the window before it closed on her, but thankfully firefighters arrived in time to get her out, as well.

I was fast asleep and Mystique started hearing the alarm and started going crazy, just scratching at me, pulling at me, barking, jumping around, just really nervous, and then I heard the smoke alarms going off,” Lorie said.

“So I got up right way and felt the door and it was not hot, so I opened it, and as soon as I opened the door, smoke and flames started to come towards the door, so I shut the door quickly, and I kinda went into ‘mama mode,’ I guess.

She called 911, who arrived quickly and got her outside. 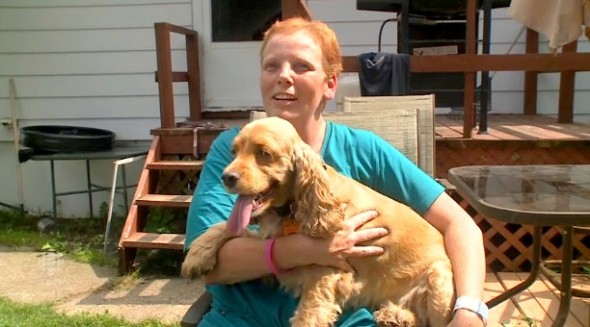 The fire was started on the ground floor near the couch.  Lorie has no idea why, and says she’s not a smoker.  Red Cross is covering the cost of a motel for the next two days, but after that, she doesn’t know what she’ll do.

The last few years have been unimaginably difficult for Lorie – she lost everything in a different house fire four years ago, and not long after that, both of her parents died and she received a cancer diagnosis.

“I was always happy – always.  No matter what you couldn’t break my spirits, but if this keeps happening my spirits are starting to break.  It’s hard, being a single mom, with three kids… it’s just not easy.”

Though everything else may have perished, Lorie’s kids still have their mom, partly in thanks to their dogs.

“They’re my heroes.  I’ve loved them, no matter what, but today I love them even more.  They’re amazing.  I can’t believe they did this.  They saved my life.  If it wasn’t for them, I probably wouldn’t be sitting here talking to you right now,” she told reporters.