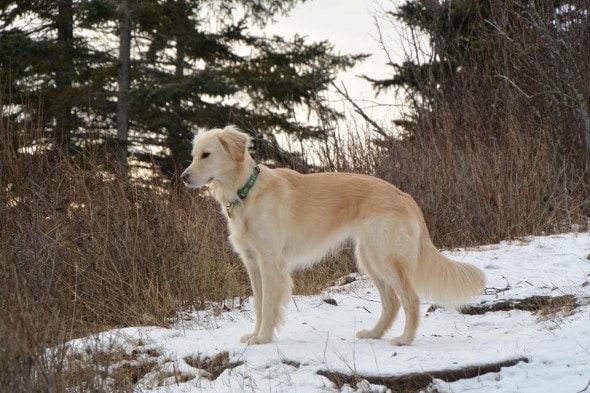 While Kenai, a three-year-old golden retriever, and her human were having a walk along the Sucker River near Lake Superior, Kenai saw something that got her attention.  She spotted an injured bald eagle that without her heroics, would have died a cold and lonely death on the banks of an icy river in Minnesota. 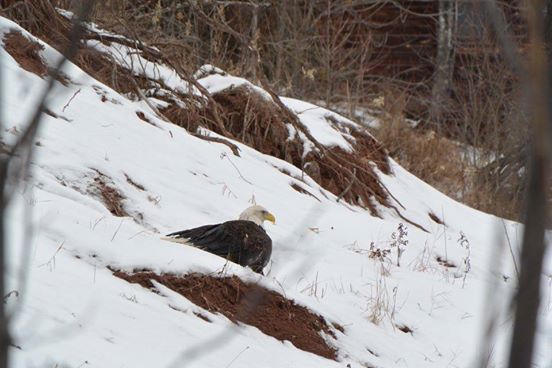 Kerrie Burns, Kenai’s human, said has trained her dog not to go after wildlife they come across on their walks.  She did however spot the downed bird, and begin to bark her head off.  Once Kenai got Kerrie’s attention, she stopped. 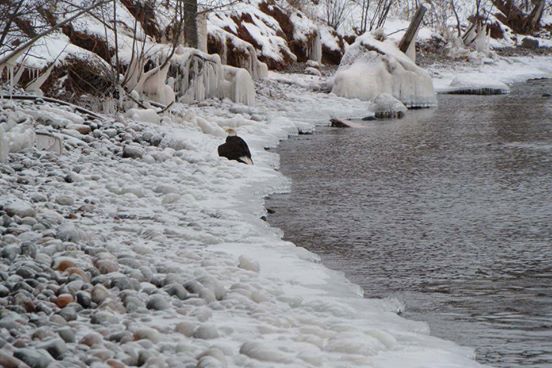 As the two, along with a friend called Pam Weber, approached the bird, they knew something wasn’t right.  Usually, birds will fly away when approached by humans, but this bird wasn’t going anywhere.  Instead, the bird hopped along the river bank in an effort to put some distance between itself and the group.  It was getting very late, and very dark, so they decided they would come back at first light, with some bald eagle rescue professionals to help them out. 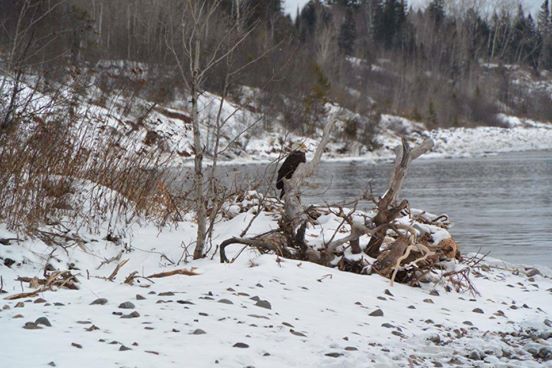 When they did return the next day, they were worried to find that the bird was no longer in the exact same spot they left him.  The bird was located not too far down the river, and they were able to follow his footprints to locate him.  Once they found the injured bird, two people from the Minnesota Department of Natural Resources worked on getting to the bird safely, and making sure the rescue went smoothly. 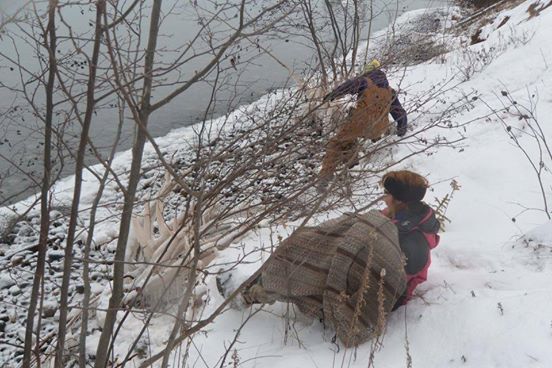 It wasn’t the easiest task, but eventually, they got to the bird and managed to get him into a cage.  The eagle was then taken to Wildwoods Rehab, a local wildlife rehabilitation group.  That’s where the eagle met Peggy Farr.  Farr said that the eagle was a bit underweight, but not horribly emaciated.  His left shoulder was swollen for some reason, but there were no signs of a fracture, and the poor guy’s feathers were frozen and needed to be thawed out. 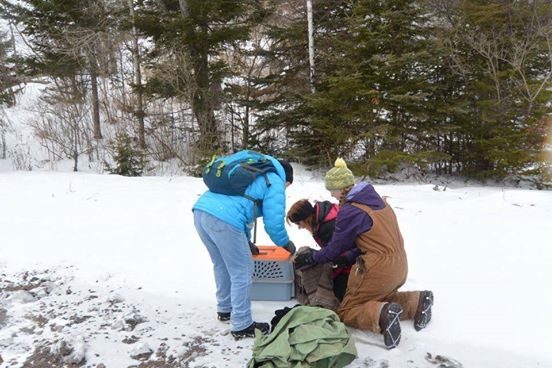 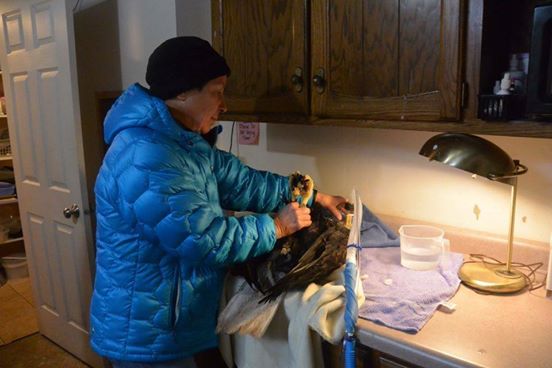 “Because lead is a neurotoxin, it slows down their reaction time,” continued Farr.  “It makes them clumsier, so they’re more likely to get hit by cars when they’re scavenging for roadkill.  They’re more likely to have a clumsy landing and injure themselves.  And so at this time of year, we always suspect it as an underlying cause.” 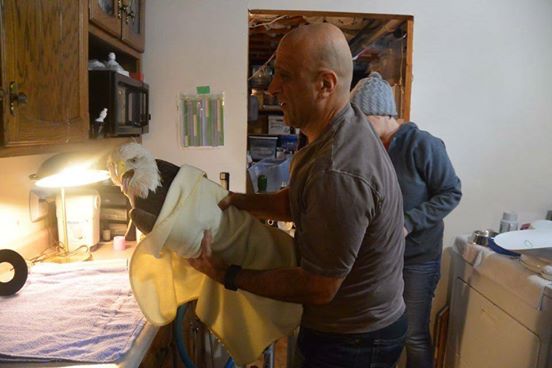 After the eagle’s time at Wildwood Rehab was over, he was transferred to The Raptor Center in Saint Paul, Minnesota.  They specialize in caring for birds of prey, specifically eagles, hawks, owls and falcons.  The Raptor Center was able to confirm that the eagle did in fact have lead poisoning, and there was a soft tissue injury to his shoulder.  It’s not uncommon for another animal to come across an abandoned, dead deer left by a hunter, and begin to eat.  If that deer was shot with bullets containing lead, there is a very good chance the animal eating the deer will end up with lead poisoning. 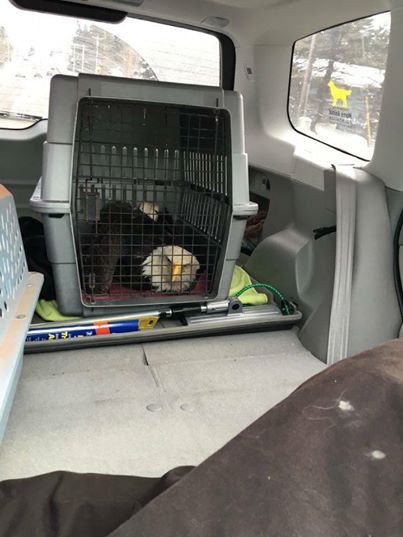 “Usually when eagles get lead poisoning, the levels are so high, that often times the Raptor Center ends up having no alternative but to euthanize them,” said Farr.  “So the fact that he may well make a recovery is really a cause for celebration. It’s not very common.” 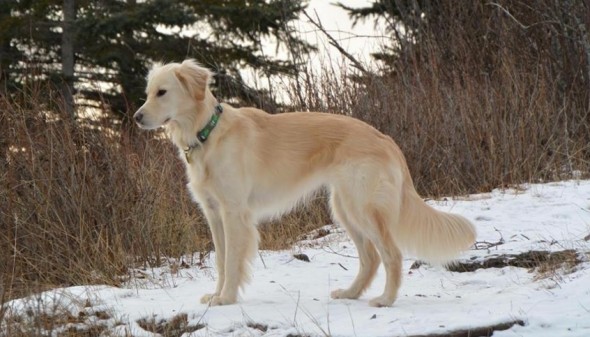 The Raptor Center isn’t yet willing to say that the eagle is out of the woods just yet, but there is a very good chance that he will pull through.  They look forward to re-releasing him back into the wild someday soon, but until then, he’s getting the best care that an eagle could hope for.