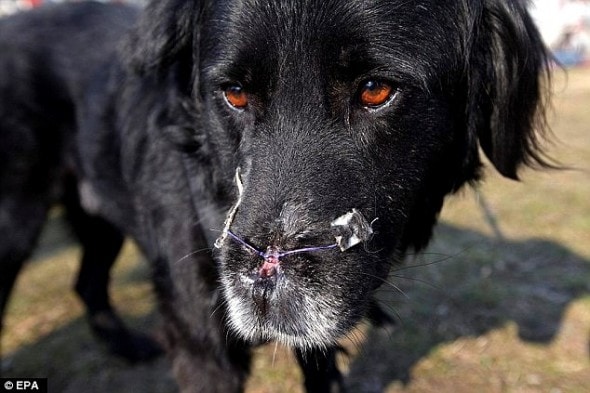 A street dog whose nose got caught in a trap will hopefully be able to smell again thanks to a doctor who designed an implant that will be embedded into his snout.  In even better news, the dog has also found a forever home.

Parys, who is from Bialystok, Poland, will undergo surgery tomorrow, according to the Daily Mail.

Dr. Marcin Elgal of the Individual Medical Implants Technopark designed the tube-shaped implant after he learned of the dog’s misfortune.  It is believed that the implant will restore Parys’ sense of smell, and will help surgeons reconstruct the shape of his nose, which was completely torn off in a snare. 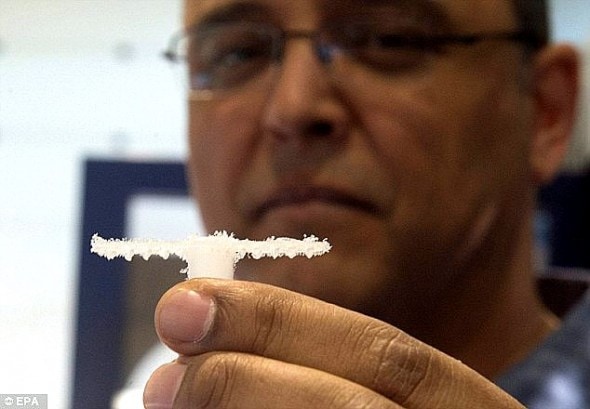 Dogs have an olfactory bulb that is three times larger than humans.  We have phenomenal vision, but dogs have us beat in scent detection.  We only have about 6 million scent receptors, but dogs have between 125 million and 250 million receptors, except bloodhounds, who have closer to 300 million.

The mucus on a dog’s nose (rhinarium) helps capture scent particles and determines air current direction.  Dogs sniff each other’s rears to gather the same information we do on each other’s Facebook pages – sex, age, diet, overall health, and emotional state, so the ability to smell is very important to a dog.

After his surgery, Parys will be recovering at home with his new mom, Magdalena Smosarska. 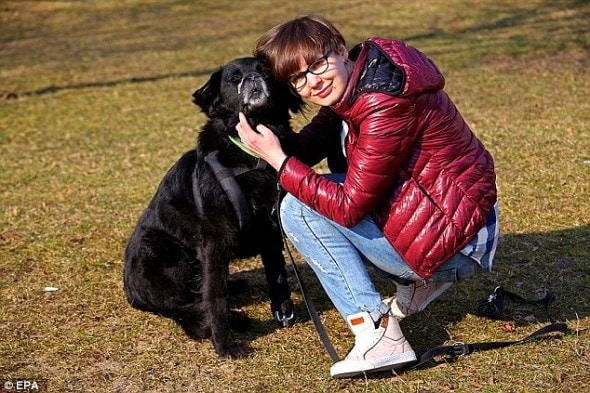