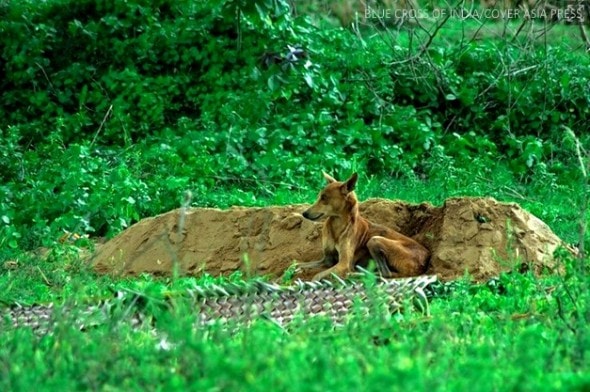 An incredibly heartbroken and loyal dog spent over two weeks with little to no food or water while he sat in the heat and cold to guard the gravesite of his 18-year-old owner, who was killed in a car wreck at the beginning of this month.  Even though he is mourning, he is helping ease the grief of someone else.

Tommy was adopted by construction worker Bhaskar Shri of Chennai, southern India, five years ago, and the two have been inseparable since.  Tommy even accompanied him to his job on construction sites.  Sadly, Bhaskar was killed in a car accident on August 2nd, and his inconsolable dog has not left the graveside. 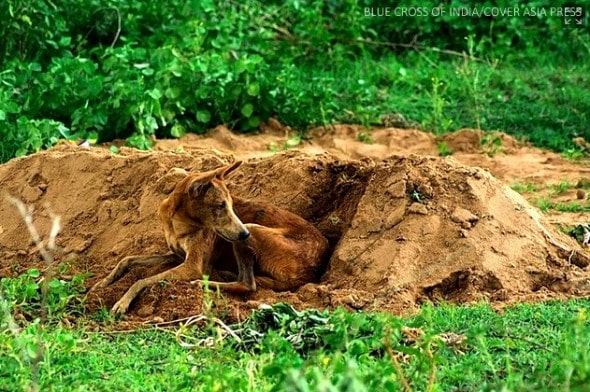 “I first spotted the brown dog sitting on a fresh grave one evening as I happened to walk past in the first week of August, but at the time I didn’t think anything of it,” said Dawn Williams, a Blue Cross of India animal rescue worker. “But on August 13th I was in the area again while on a different rescue mission and saw him again. He was sitting in the same spot in the same position. It looked like he hadn’t moved for weeks.”

Dawn was certain that Tommy could be seen with tears on his fur when she approached him.

“I could see he was in a disturbed condition. He was famished and I’m certain he had tears in his eyes,” she said. “I gave him water and biscuits but he refused to move. Then, with my teammates, I walked around the area and asked locals if they knew the dog. They told me the dog was called Tommy and he was guarding his owner’s grave.”

She tracked down the young man’s mother, Shrimati Sundari, who also works construction.  She was overjoyed to see Tommy. 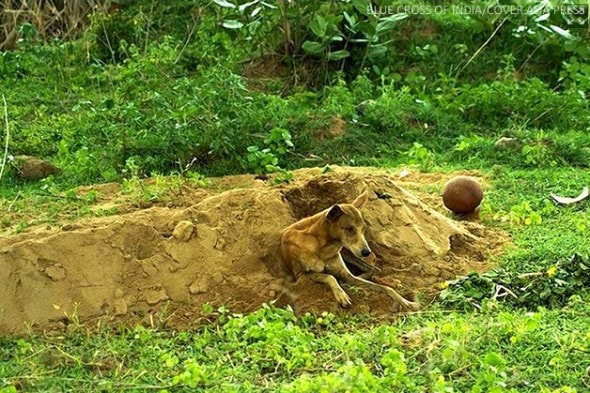 “When Tommy saw her, he jumped on her and was licking her before he rested his face on her feet. It was obvious he knew her,” Dawn explained.

She hadn’t seen the dog after the car accident, and believed he may have gone to find another home.

“She was really happy he was back. She called him a loyal friend and she would keep him as a reminder of her son,” Dawn said.  “It was quite sad seeing them walk off together. But I was glad they were reunited. I’m sure Tommy will help Shrimati with her grief, dogs; are amazing in times of emotion.” 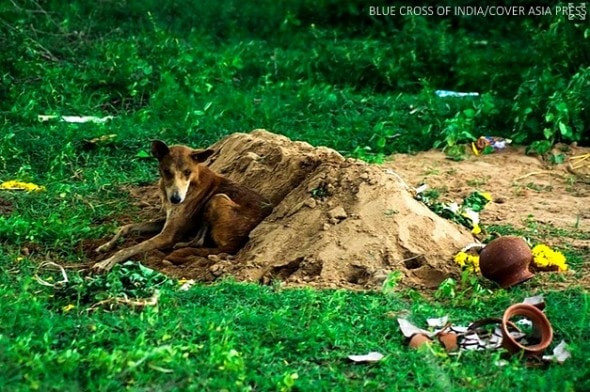