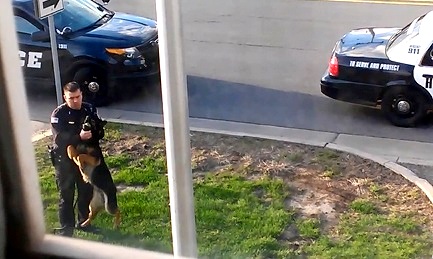 When a video appeared on YouTube of a Hammond, Indiana police officer abusing his K-9 partner, the city’s mayor took prompt action.  He spoke out against the abuse and saw that the man was suspended.  The officer is now being investigated and will hopefully face more than paid leave. 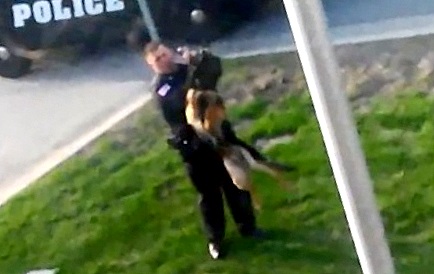 The video, taken by a man inside a residence, shows the opprobrious officer repeatedly lifting the dog by his neck and striking him with what appears to be a chain leash before carelessly yanking him out towards traffic. 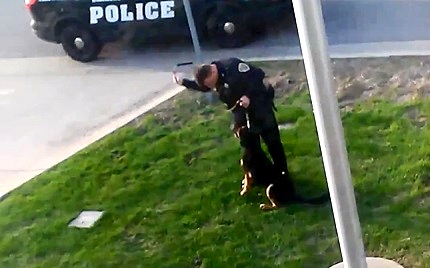 This is what Mayor Thomas McDermott had to say about the incident:

Anybody who loves dogs as much as I do is always saddened and shocked anytime you hear of a dog’s abuse.  When you find out it happened with an employee of yours, it makes it that much more shocking and disturbing.  Please know that the Hammond PD does not condone that type of behavior of any of its officers, nor is it tolerated in this administration.

The officer in question is being placed on Administrative Leave immediately, pending a further investigation.  He will have his canine removed from his control during this leave while the PD further investigates this matter.

The video below contains strong language and shows the officer’s abuse.