A woman from A Coruña, Spain, discovered an injured, male, Bull Terrier inside a garbage container, and thanks to her the dog has been saved and is now recovering. 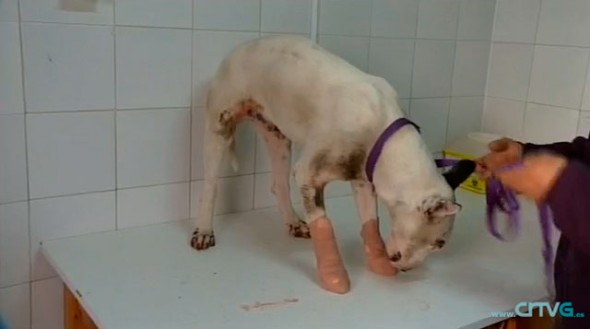 The dog’s extremities were covered in blood and veterinarians believe the pet was tied and dragged behind a car, before he was thrown inside the garbage bin.

Once the discovery was made, the pet was rushed to Servigal where the dog received emergency care.

Authorities were called and there is an open investigation on the animal cruelty case. So far police have not received any leads on who is responsible for the heinous act.

Veterinarians say the dog is still in critical condition but he has strong will to live. They expect that the proper medical care he is receiving will help him make a full recovery.