A video coming out of an animal shelter in Hesperia, California has launched an investigation into mistreatment and abuse.  The video shows a dog being dragged down a hallway by a leash, and is causing quite a bit of uproar both locally and across the nation.

The video in question shows a woman dragging a dog by a leash down a hallway at the shelter in question.  It was taken by someone then posted to the internet, where the public outcry became too much for law enforcement to ignore.

Hesperia Mayor Eric Schmidt has called a special city council meeting.  Its aim is to address public concern and outrage over the video, and what the investigation will cover.

“I assure you that appropriate action will be taken. The city is committed to the fair and humane treatment of animals. I’m not able to answer any question at this time regarding the incident, but I do want to reiterate that we understand the seriousness of the incident and extend our sincerest apologies,” said Schmidt at a news conference held this past Saturday.  The city council meeting is today.

Tracie Carpenter is the human mom to the dog in the video.  Mia is the dog’s name, and it’s easy to see why she’s not happy about the treatment of her furry family member.  Mia had got loose from her front yard, and was picked up by animal control.

Mia is now home with her humans, and more information will follow, as it’s received. 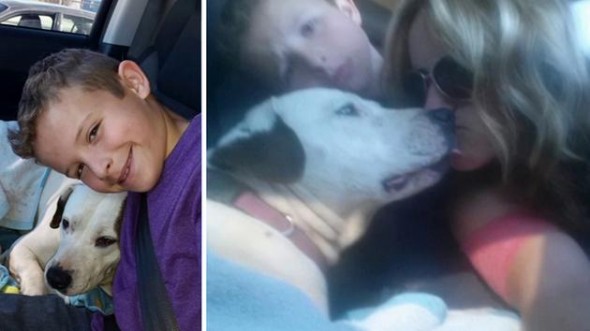