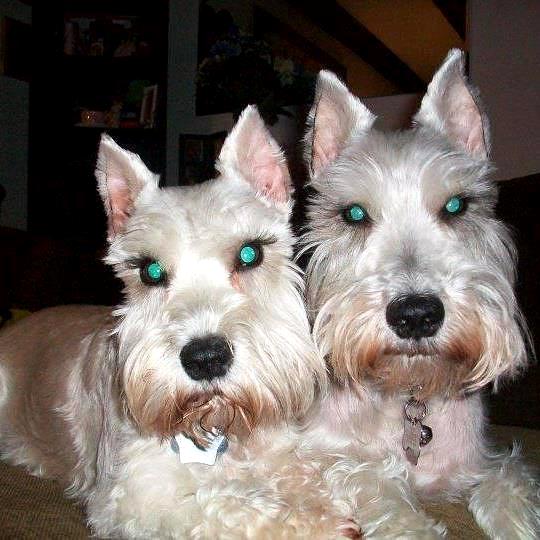 When Dale “Bucko” Franck’s dog Sissy went missing last week in Iowa, he was devastated at the thought of not being able to find her.  But thankfully she was only 20 blocks away – at a hospital she had never been – to be with her human mom, who is battling cancer.

Bucko took his Schnauzers, Sissy and Barney, out for a walk last week.  But moments after returning home, he noticed that Sissy had gotten out.

“I was scared to death and I was crying,” he told Iowa Public Radio.  “I’m sorry, but that’s my baby.”

Hours later, Sissy still hadn’t returned home or been found.  But she was microchipped and tagged, so Bucko was hopeful that someone would find her and bring her somewhere to be scanned.

At 5 am the next day, the man was delighted to receive news about Sissy.  Calling was a staff member at Mercy Hospital, where his wife Nancy was being treated for a cancer-related surgery.

“Lady from security… called and said she had a dog,” Bucko said. 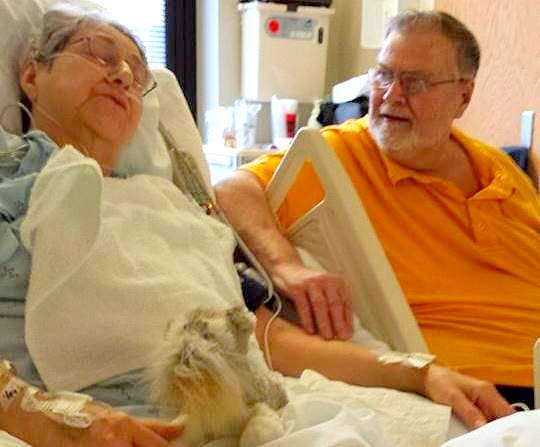 Though Sissy had never been to the hospital before, she managed to track down her ailing human mom.  Schnauzers are known for their sniffers, and many dogs are able to detect illness, so it is possible that Sissy was concerned about Nancy and wanted to make sure she was ok.

Bucko was “surprised,” and said he was “glad they found her.”

Bucko called Sara Wood, Nancy’s daughter, who went to the hospital to pick Sissy up.

“I didn’t believe him at first, but it’s not something you can make up,” she said. “That’s where she was.”

Before taking her back home, Sara was allowed to bring Sissy upstairs to see Nancy for a few minutes.

“We could only stay a few minutes but I’m sure she enjoyed every second of that few minutes,” Sara said. “I’m sure that Sissy went home and told Barney, ‘Guess who I got to see and what I got to do and where I went?’”