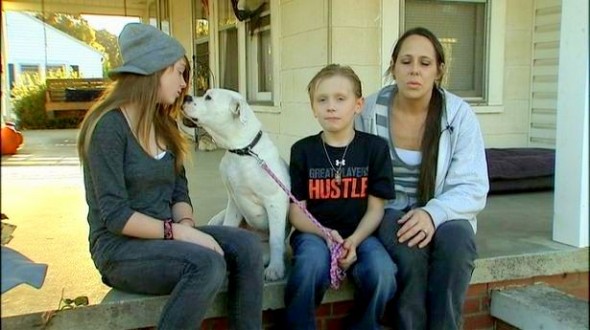 A North Carolina family’s grief over the loss of their home and two beloved dogs in a tragic house fire has been mollified by the kindness of two police officers, who were touched by their plight and wanted to give them a fresh start by adding a new member to their family.

The Pollard family of Rowan County, NC escaped with their lives on September 30 because of eight-year-old Zane, who smelled smoke and rushed for help.

“He said, ‘Momma wake up, wake up, the house is on fire,'” mom Leanne explained. 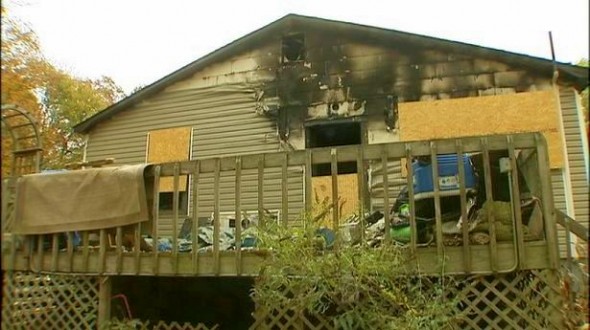 “My mind was clear, I was just thinking about my mom and dad,” Zane said.

The blaze claimed everything, including the lives of their pit bull-boxers, Bessie and Pumpkin.

“They were the best dogs in the world,” said Alexis Givens.

The family’s loss was heartbreaking for everyone, but especially the kids. But a simple conversation Leanne had with a bank teller brought about some much-needed cheer. The teller contacted her nephew, a police officer who knew someone with puppies. 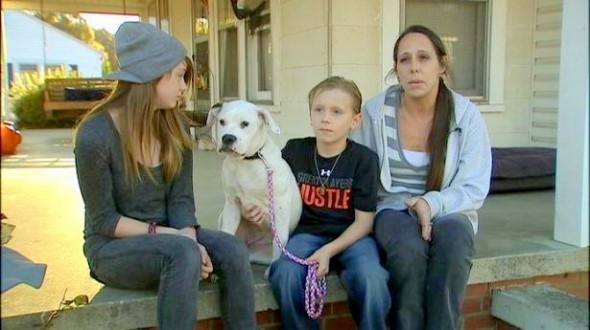 “My aunt was telling me about the family and everything and I got to thinking,” said officer Justin Scarborough. “I knew officer Kiser had a litter of puppies he was trying to get rid of.”

Kiser was empathetic; he couldn’t imagine the pain of losing his dogs in such a manner, and wanted to help however he could. He soon met with the Pollards and gave them an American bulldog called Thumper.

Leanne and the kids fell in love with Thumper immediately. She said it helped them get through their depression. The officers know that Thumper can never replace the family’s departed dogs, but they are happy they could help ease their pain by breathing new life into their world.

24 thoughts on “Officers Give Puppy to Family Devastated by Fire”