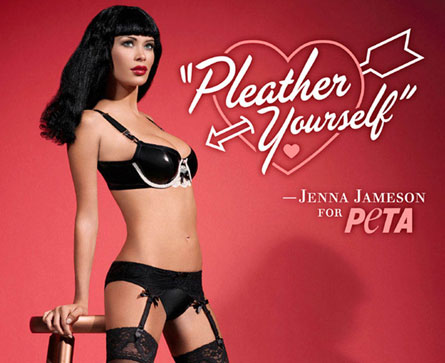 “We’re hoping to reach a whole new audience of people, some of whom will be shocked by graphic images that maybe they didn’t anticipate seeing when they went to the Peta triple-X site,” said Peta’s associate director of campaigns, Lindsay Rajt. Rajt says the website will promote veganism by using a mix of pornography and graphic footage of animal suffering.

Rajt denied that Peta has been insensitive to women. “Our demonstrators, the models, all chose to participate in our campaigns … It’s not a very feminist thing to do to turn to women and tell them whether or not they can use their voices, their bodies to express their voice.”

She sees it as a suitable vehicle for promoting PETA’s message. “We try to use every outlet that we can to speak up for animals,” Rajt said. “We anticipated that this new triple-X domain name would be a hot topic and we immediately decided to use it and take advantage of it to try to promote the animal rights message.”

Considering PETA’s earlier attempts at using smut for promotion, one can only imagine what they’ve cooked up for the site launch. (warning: this might prove a bit too racy for sensitive viewers)