In what’s being considered the first of its kind, a new terminal is scheduled to open next summer at the John F. Kennedy International Airport – one devoted entirely to animals.  Included will be a veterinary center and overnight pet resort.

The $48 million, 178,000 square-foot “Ark” will serve to handle animals and their cargo.  There will be an arrival and departure lounge, an overnight domestic pet resort run by Paradise 4 Paws, and an East End Veterinary Emergency Center.  There will be quarantine and transport services for animals big and small – from snakes to horses. 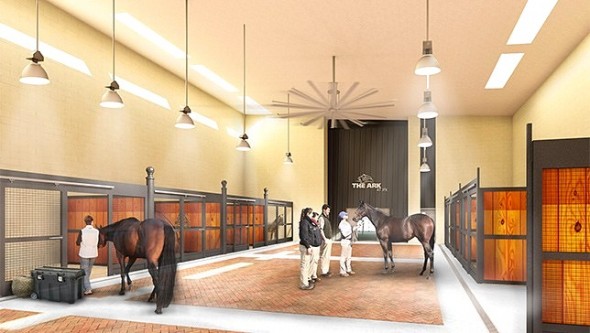 “For the animals who pass through The Ark, as well as the people who own them, air travel can be stressful and confusing,” Cliff Bollmann, an architect at Gensler, one of the firms designing the facility, told The Independent. “Our design team sought to create a comfortable, healthy environment for them all.”

The animals’ well-being will be a top priority for staff.  The livestock handling system is being designed by animal welfare advocate Temple Grandin.  Climate-controlled vehicles will be used to keep animals as comfortable as possible. 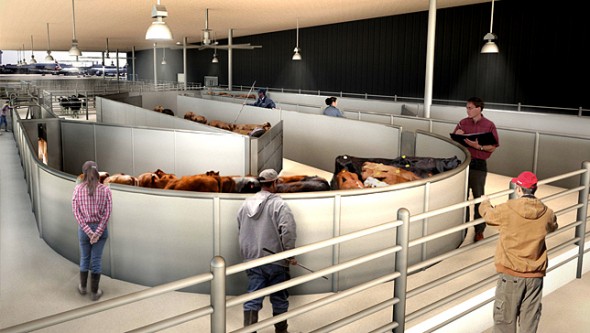 “The design allows planes to taxi directly to the building, so horses can be transported in a seamless fashion that reduces stress,” Lachlan Oldaker of Gralla Equine Architects told the Equine Chronicle.

The facility will be in the old, empty Cargo Building 78.  Nearly 200 full-time jobs will be created.

“ARK’s investment of $48 million into JFK will transform an airport structure that has been vacant for nearly 10 years into a world-class specialty cargo facility, and the agreement guarantees the Port Authority more than $100 million in revenue without any additional capital investment,” said Port Authority Executive Director Pat Foye