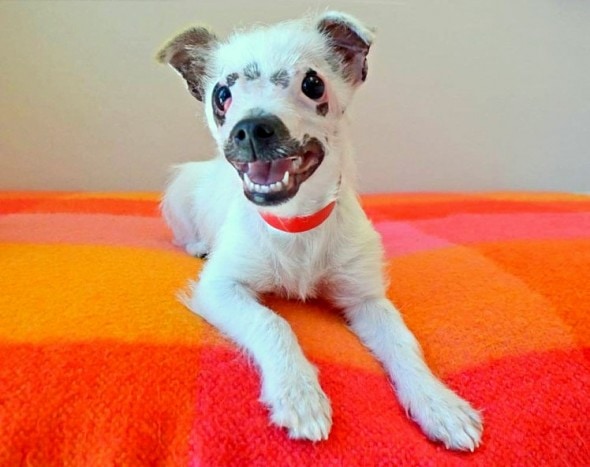 Did you ever see one of those animals that was so ugly it was cute?  Well, that’s Lucky.  She has a medical condition that’s left her with some funky-looking eyes, making her an unlikely candidate for adoption.  But when a grieving family came to the shelter to pick out a new buddy, they fell in love and brought her home.

When Lucky, formerly Lisa, first set paw in the Humane Society of Silicon Valley, staff admitted that she was a bit “unusual looking.”  At 10 weeks old, the tiny dog had facial scarring and cherry eye (inflamed eyelids), which can be corrected with surgery.  Combined with her splotchy face and wiry hair, to some she has a rather unsightly appearance, and staff believed she’d be hard to place. 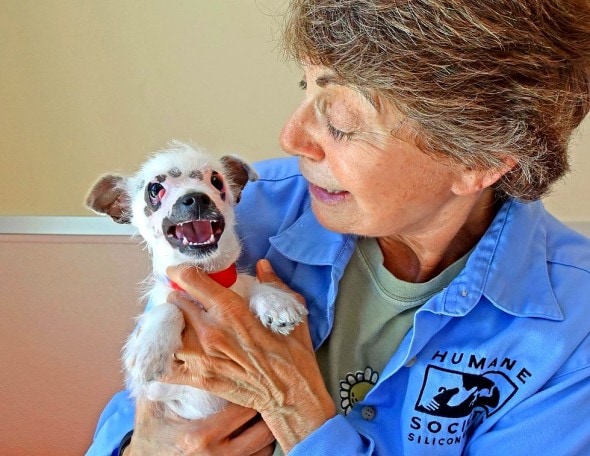 “She could be hard to look at,” HSSV’s Finnegan Dowling told The Dodo.

But when she arrived at the shelter, everyone fell in love with the little darling.

She “was a pretty typical wiggly, squirmy, happy puppy.  She loves other dogs and toys, is ridiculously kissy and she’ll lick your nose clean off… She wasn’t hesitant or frightened or timid at all.” 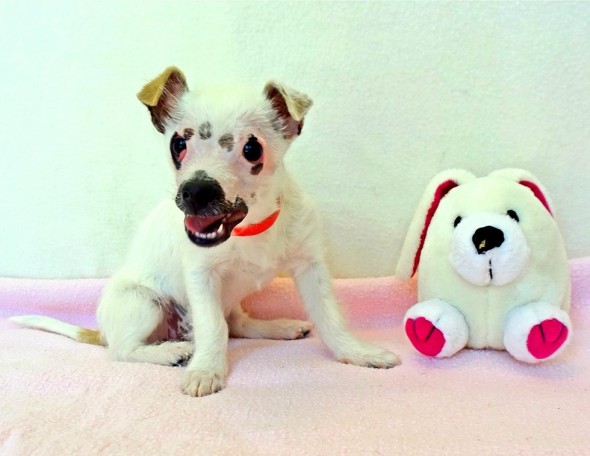 But someone would have to be able to love Lisa for everything she is.  And the right family was just around the corner.

Christine Doblar and her daughters were recently forced to say goodbye to their beloved Chihuahua, Luna.  Their six-year-old chocolate Lab, Pelé, was despondent and lonesome without his pal.  They decided it was time to go to the shelter to see if they were interested in any of the dogs, and Lisa certainly got their attention.

“She just has a wonderful, sparkling personality,” Doblar said.  “The fact that she was going to each of us, and just as loving and exuberant with everyone she greeted … we looked at a few more dogs but nobody could compare to that.” 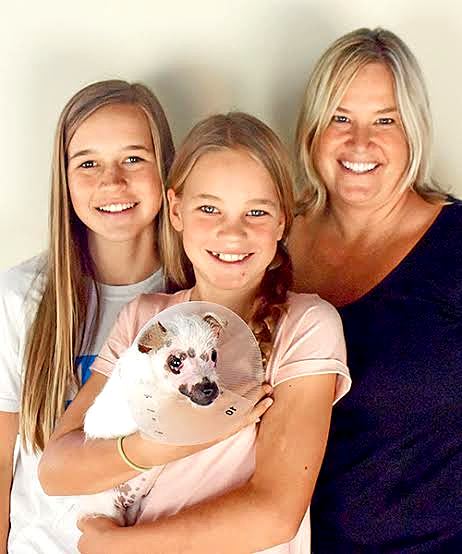 They weren’t entirely sure about adopting her, but as they were driving away, Doblar said, “My girls were freaking out the whole time that somebody else was going to take her.”

They went back that day and officially adopted Lisa, whom they renamed Lucky, “because we’re both Lucky,” Doblar said.

Lucky is now adapting to her new home, getting to know her doggie brother and the rest of her family. 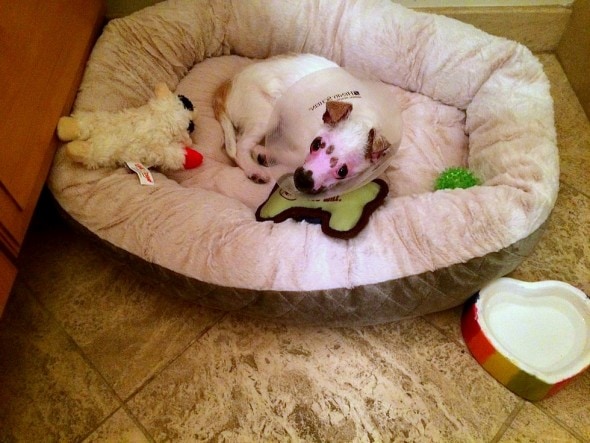