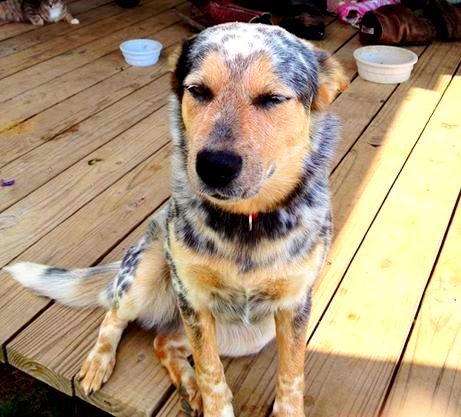 Earlier today we brought you the tragic story of Candy, the blue heeler who was shot by sheriff’s deputy Jerred Dooley for barking at him when he arrived on a robbery call.  The incompetent and cowardly man was fired today – finally, a sliver of justice for the hundreds of non-aggressive dogs shot by police.

Last week someone broke into Cole Middleton’s home and burgled it and his dairy farm.  He called 911 at 12:46 pm, and while he waited, went to work on his farm with his father.  He was on his tractor when sheriff’s deputy Jerred Dooley arrived at 2:41 pm.  Candy had been snoozing on the back of his flatbed.  He was making his way over to the driveway, and honked the tractor horn several times to let the officer know that, when Candy jumped down from the truck and out of sight. 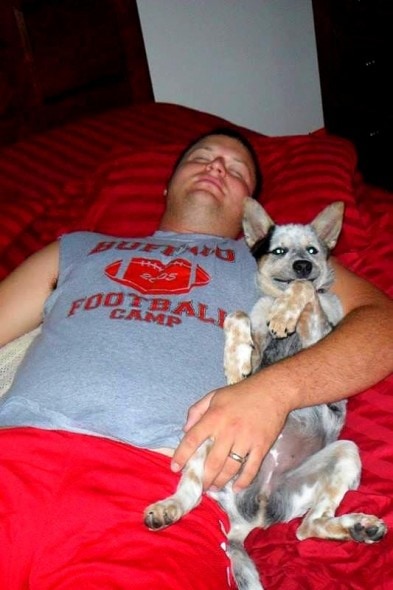 As if that wasn’t terrible enough, the shot to Candy’s head wasn’t fatal, and she lay there thrashing and crying in pain.  The officer had retreated to his cruiser and backed down the driveway, and told the men not to approach him over the loudspeaker.  Middleton begged for Dooley to end her misery, but he incredulously said “I’m not gonna shoot your dog,” as if he hadn’t been the one to do it in the first place!  The shocked owner could not even do it himself – his guns had all been stolen. 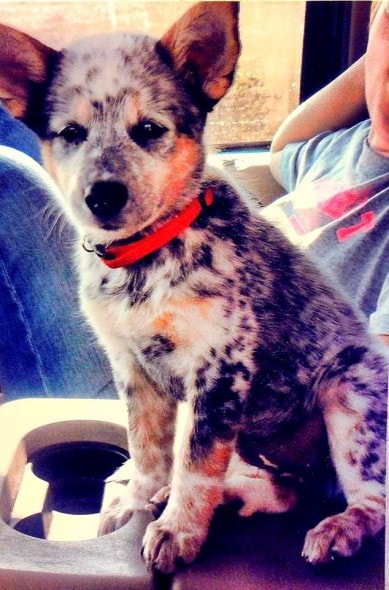 “And then I had to do the unthinkable, the otherwise unthinkable,” Middleton said. “I had to kill my dog with my bare hands and put her out of her suffering, praying for this to be over with.”

Dooley pathetically called for back-up, which arrived in minutes.  Feeling overwhelmed and defenseless, Middleton recorded the inane confrontation by several accusatory and flippant deputies, as well as Dooley’s lame excuse for what he had done.  He claimed he felt bad about shooting Candy, but that he “wasn’t gonna get bit.”

“Instead of opening up his door and saying, ‘Okay, I’m gonna wait for these boys to get back up here, I’ll just wait in my truck here,’ he just gets out and Quick Draw McGraws my dog and shoots her!” Middleton exclaimed. 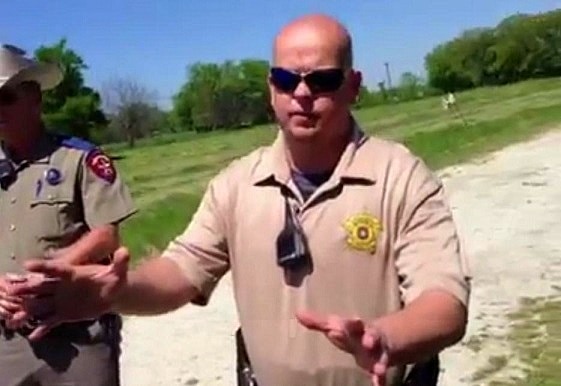 Middleton wasn’t satisfied with the cowardly man’s action or his lackluster apology, and had Candy given an necropsy.  Veterinarian Kevin Bankston said, “These findings suggest that Candy was shot while retreating from the shooter.”

“He shot her in the back of the head, in her ear and going out this way,” Middleton said, gesturing forward.  “So charging, and you shoot her… I don’t see how that happened when she was shot, essentially, from behind.”

A Facebook page was started in support of Candy, and has already gotten over 21,000 likes.

On Wednesday, the sheriff allowed Middleton to watch footage from the dashcam, which only showed Candy jumping out of the truck, followed by silence (caused by the gunshot).  Dooley could then be heard telling Middleton what he had just done, with the farmer breaking down, sobbing and screaming. 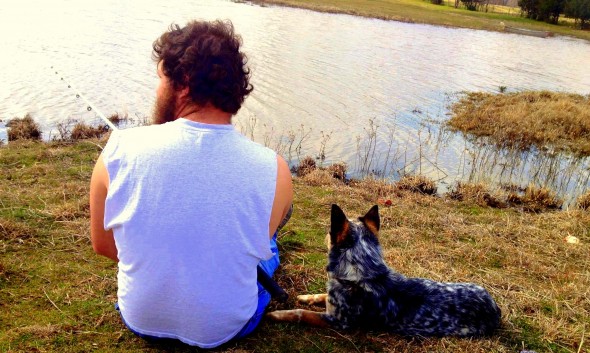 Dooley was placed on administrative leave until further notice while Sheriff David Traylor investigated.  Dooley was fired on Thursday the 24th, but the investigation is still pending.  Traylor says Dooley was fired because of the numerous threats against him.

Middleton is absolutely heartbroken over the loss of his Candy, who was not only his dog, but his friend and work partner.  Candy, who has been with Middleton since she was five weeks old, was approaching her third birthday.  She was a tremendous help on the farm; cattle herding that took her only minutes to do now takes an hour.

Middleton wants to see changes in how officers respond to dogs.  Barking and approaching are NOT the same as aggressively charging, and it is abhorrent that someone meant to protect and serve couldn’t tell the difference and respond with caution and compassion.  Though it won’t bring Candy back, hopefully Middleton will have some peace knowing that this despicable deputy won’t be shooting any other innocent dogs in his area.

A gofundme page was started to help the Middletons pursue animal cruelty charges against Dooley, as well as bring attention to the fact that officers need to learn how to properly interact with our furry family members.  If you would like more information or to contribute, click here.

“As we continue to fight for Justice for Candy by pursuing animal cruelty charges as well as illegal search and seizure (opening the doors to our house without permission). I think that Jayna and I have decided to use ANY money leftover, after all the legal ramifications, to bring attention to making police officers go through animal interaction training ( especially with that of dogs). We also feel that dogs that are wrongfully killed by police officers should be treated as dependents and not property! This must be a crime!!! This will ensure that any donation will not only help with Justice for Candy, but will hopefully provide new laws and requirements known as Candy’s Law (or likewise). This way any $ donated will only and always be used for Candy’s Justice. Thank you all, God Bless, and Justice for Candy!!!”
KLTV.com-Tyler, Longview, Jacksonville, Texas | ETX News