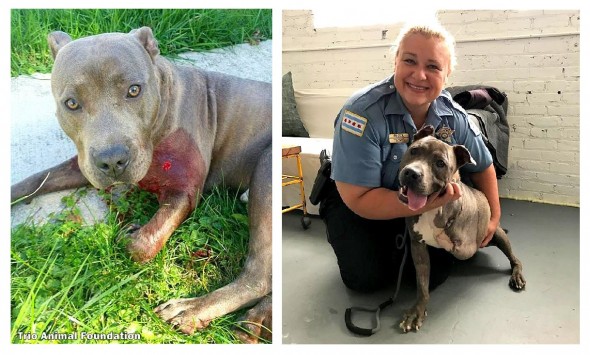 One week ago, we told you about Jack, the dog who had been shot and left to die on the streets of Chicago.  Had it not been for Officer Tammy Block, he surely would have died slowly and painfully.  But as we just share the story about Wallace, the dog who was saved and adopted by this same officer, we thought we’d bring you an update on Jack, which includes a happy reunion.

October 14th:  Jack continues to be hospitalized and is doing well. The bottom of his wound is leaking but everything else is beginning to heal properly. His medical team is not too worried about this.

You cannot see it in the photo but besides the large incision from his amputation, Jack also has stitches from a quarter sized wound on his side. We have no idea what caused the wound but it needed to be stitched up too. 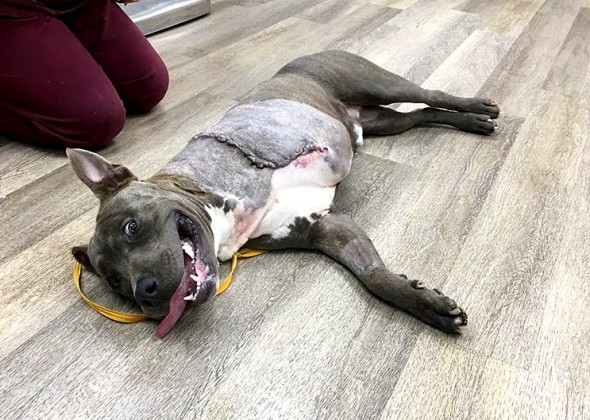 If Jack can stave off infection, he should be on the right path to recovery. We can only hope, pray and continue to provide the best medical care possible for him. As you can see in the photo, he is starting to feel more comfortable from his pain medications. He has a long way to go but this is a good start.

If you can help sponsor Jack’s medical care, please consider making a tax-deductible donation at www.trioanimalfoundation.org. You can earmark your donation “Jack.” If you are making a donation via a smartphone and are not given the opportunity to earmark your donation, please forward your receipt confirmation to [email protected].

For those who have asked, nobody has come forward with information on who shot Jack and left him to die. Police officers have asked people in the neighborhood where Jack was found, on the side of the road, but nobody has information to give. 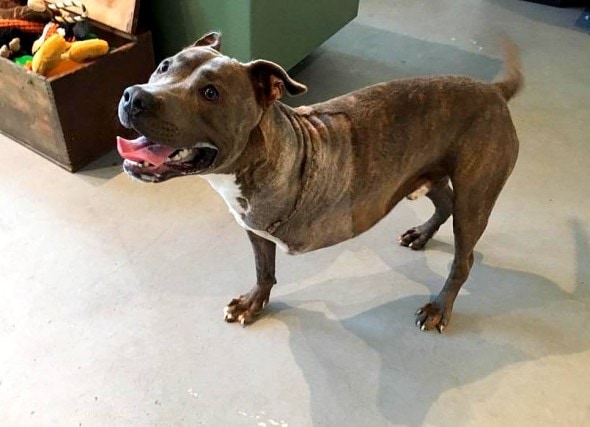 October 17th:  Look who was released from the hospital today – Jack!

Jack is slowly getting used to his new surroundings and physical state. His wounds are healing up nicely but he now has a seroma that we are keeping an eye on. A seroma is a space created between tissue planes in a surgical or traumatic wound location, commonly seen in high-motion areas that fills with fluid. If it becomes any larger, he will need to go back to his surgeon for medical attention.

Tomorrow, Jack will have a visit from the Chicago police officer that saved him. This will be the first time that Officer Tammy will be reunited with Jack since she found him on the side of the road with a gunshot wound. If Tammy hadn’t put Jack in her squad car he would never have made it.

We will be sure to keep you posted on his medical condition and how tomorrow goes!

October 18th: JACK IS REUNITED WITH THE POLICE OFFICER THAT SAVED HIM…

On October 11th, it was reported that a pit bull had been shot and was bleeding profusely on the side of the road. After the appropriate officials were called and never showed up, a Chicago police officer took it upon herself to go to the scene of the crime and pick up the critically injured dog herself. If it had not been for Officer Tammy Block, Jack would have died alone on the side of the road… today was the day that Jack got the chance to thank her for saving his life.

After a bullet wound, a shattered leg and a leg amputation, Jack is now on the road to recovery and is so thankful to his guardian angel, Officer Block… for those who have been following, Tammy also rescued Wallace (whose story we just shared with you) and even came to the rescue of Halo (whose story is coming soon). If anybody deserves a top cop award, it would be this wonderful woman… truly a class act. 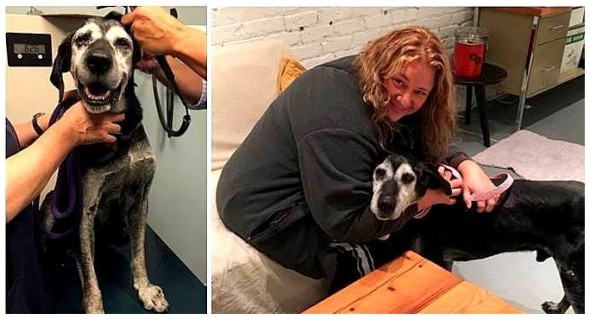