Yesterday we told you about two shelter dogs from Orlando’s Orange County Animal Services (OCAS) that bonded inside the scary high-kill facility, without having known each other before arriving there. Thanks to the power of social media and the abundant shares the dogs’ picture received, they have been pulled from the shelter.

Read our original story “Two Scared Shelter Dogs Find Comfort in Each Other” to learn more.

Their intake numbers were ID#A299449 for the white and tan Pit bull mix named Darby and ID#A299546 for the black and white unnamed dog. The pets arrived at the shelter at the end of August and had just a week to be adopted or rescued. If they weren’t pulled in time, they would be euthanized.

On August 30th, 2014, hours after their image went viral online, Jamie Chewning posted that both dogs had been officially adopted and would go into foster care until a forever home could be found.

“These two amazing boys were just rescued from OCAS,” posted Chewning. “They were technically “adopted” but they’re being fostered.”

Their rescuer posted a picture of their adoption application as proof that the two dogs are now safe. 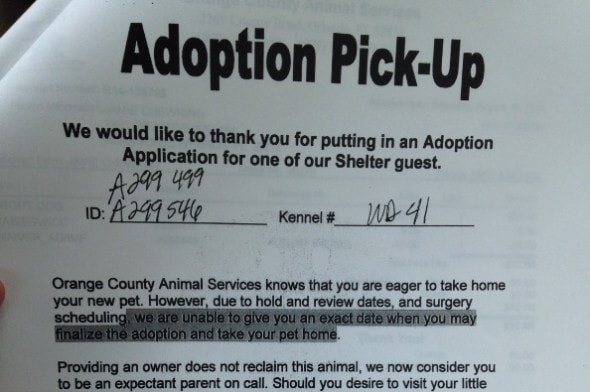 The dogs received new names. Darby is now called Ares and the other dog was named Zeus. Both dogs will stay at OCAS a few more days (as stated on the adoption application) until they get neutered and microchipped. After that, they will move into their foster home.

Ares and Zeus are not the only dogs with time running out. We encourage our readers to visit their local shelters, specially the high-kill facilities, and save a life. 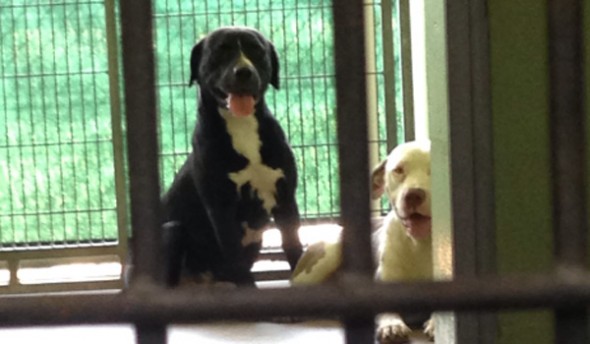 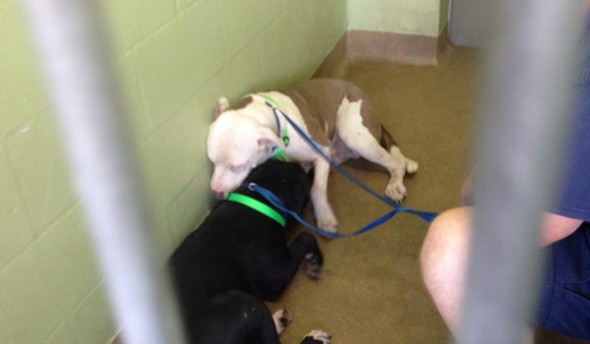 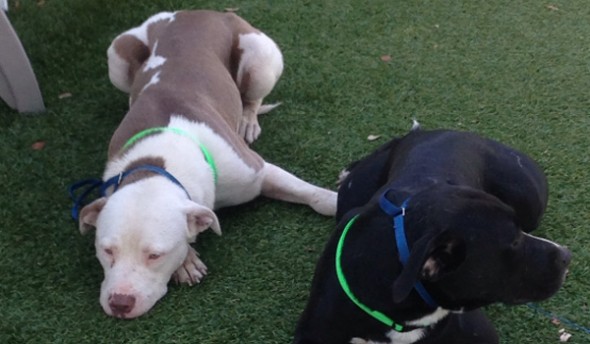 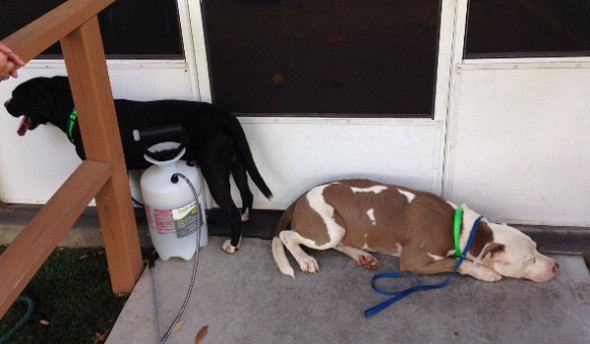