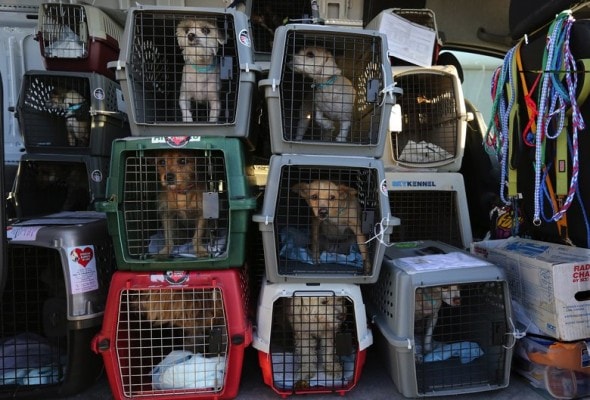 A total of 1,000 dogs and 100 cats have been rescued from a high-kill shelter in California.  The dogs were saved in the nick of time on Friday, and are on their way to homes all over the United States. 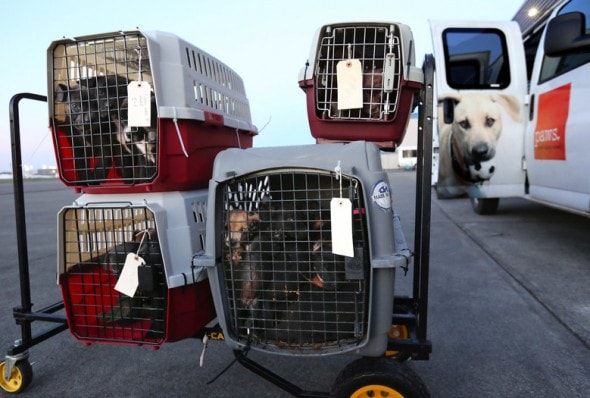 The dogs were airlifted out of California, and into other airports across the Pacific Northwest.  One hundred dogs and a handful of cats made their way to Paine Field Airport in Everett from Van Nuys Airport via cargo plane. 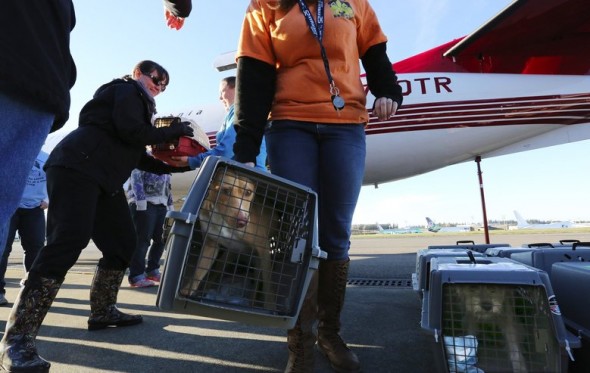 Waiting for them to arrive were workers and volunteers from the Skagit and Kitsap County Humane Societies.  Members of PAWS and the Noah Center were also on hand to help out.  They got every dog that came in checked, and ready to be loaded into a van and off to their delivery spots. 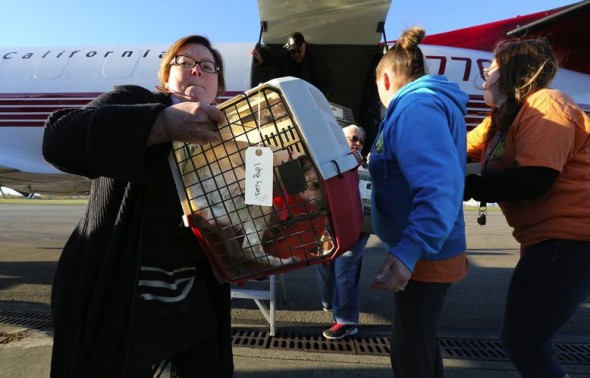 The shelters that many are going to are participants in the Wings of Rescue program.  Wings of Rescue flies dogs out to these airports to then be taken to shelters.  They do this about twice a month, and this time had to charter two cargo planes, and 23 smaller aircraft to complete the mission.  One of the biggest in Wings of Rescue’s history. 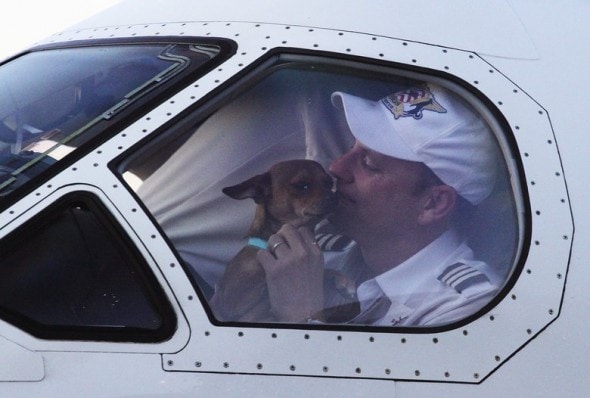 California has one of the largest populations of stray and street dogs, and is filled with high-kill shelters.  Moving further north into the Pacific Northwest sees a dramatic drop in this occurrence, and many shelters actively seek out dogs to adopt out.