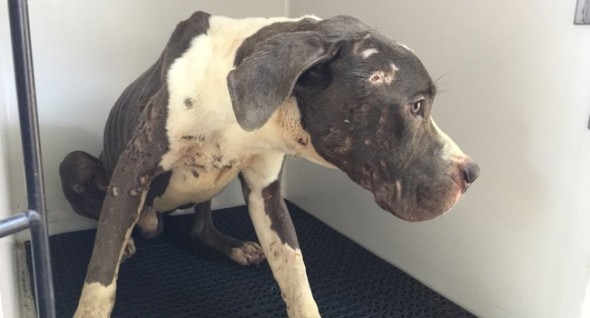 Animal cruelty charges are being conducted in Riverside County, CA, this week after 11 dogs were found dead and 30 others neglected at a property in an unincorporated section of land.

The owner of the property — suspected to be a breeder — was not at the location, according to John Walsh, a spokesman for the Riverside County Department of Animal Services, who spoke with California news outlet KTLA.

The 30 surviving dogs were thin, undernourished. 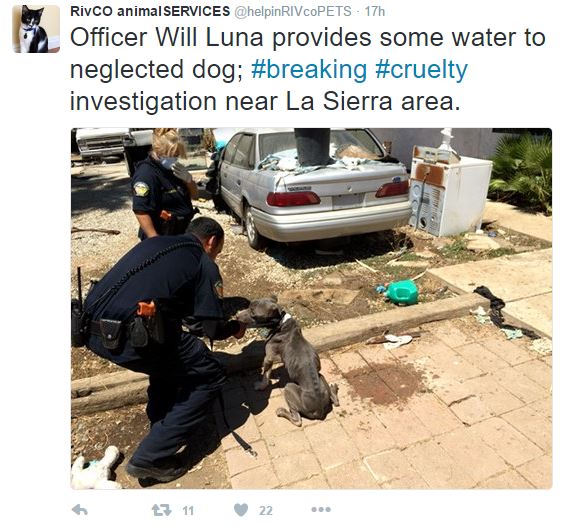 Walsh tweeted photos showing officers caring for the dogs, one so malnourished its ribs were pronounced. One showed conditions inside the home, which were deplorable.

Some of the dogs were so weak, they had to be carried by rescuers, Walsh said. 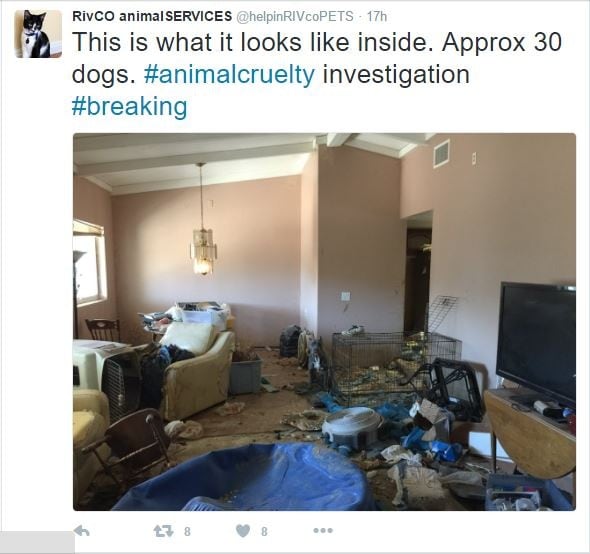 The dogs were transported to the San Jacinto Valley Animal Campus where they were examined and receiving treatment, according to Welsh, who added that none of the dogs were available for adoption.