A total of ten search warrants were served today in Rock Island, Illinois, and also another one in Davenport, Illinois got nearly 60 dogs rescued from a suspected dog fighting.  There were also a lot of weapons and narcotics found on the properties, and it looks like more arrests to come.

The ASPCA was called in by law enforcement to help with the warrants, and to seize any and all dogs on the properties.  The dogs were transported to a temporary shelter until they have all been evaluated.  From there, the dogs will go on to other shelters to be adopted out if possible.

The raids were part of a Federal Gang Task Force operation in Illinois.  It’s aiming to put a stop to all of the illegal activities that gangs are usually involved in.  The idea being to cut off the money supply, which would make keeping the gang together much more difficult.  Hopefully, it is one day eliminated altogether.

The task force has been working with local authorities for a little over a year now.  The federal task force will be continuing to investigate gang related crimes in what’s called the “Quad City Area.”  As of this time, authorities say that there is much more to come, as even more search warrants are served.  They expect to see a lot more dogs seized, and a lot more arrests before everything is said and done.

Be sure to check back with Life With Dogs, as we will have more information as it is released.  Anyone wishing to give information pertaining to any gang related crime can contact the Rock Island Police Department at 309-732-2677, or Crime Stoppers, Illinois at 309-762-9500. 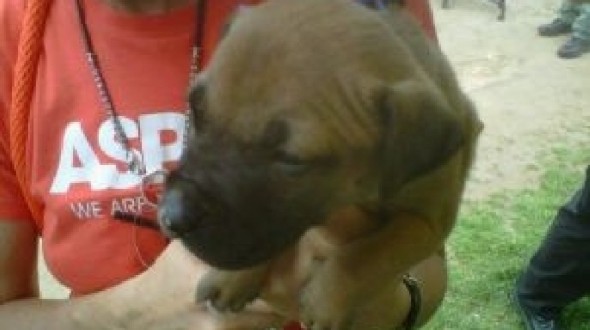