Over 130 dogs were rescued from a hoarder in California, but their happy ending has not begun yet – they are at risk of being euthanized because the shelter they are in simply cannot handle such a high number of dogs. 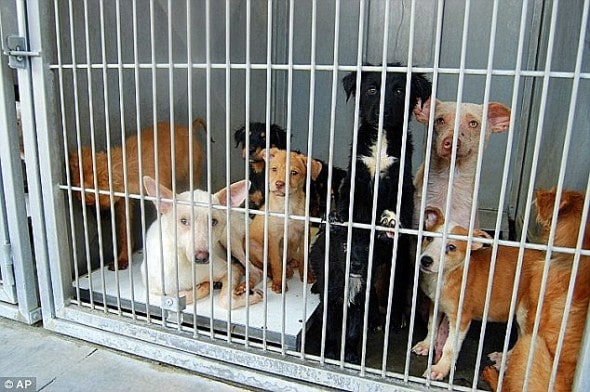 Animal rescue worker Doug Smith says they very much want to avoid euthanizing healthy pups, but are overwhelmed and and running low on resources. 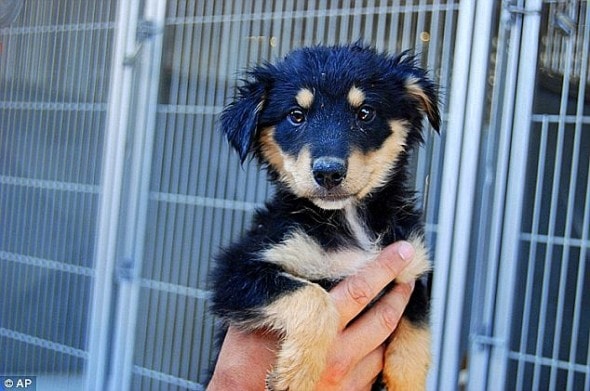 The dogs were taken from Rainbow’s End Animal Sanctuary in Apple Valley, CA on June 18th. They had been discovered living as a large, wild pack without sufficient food, medical care or human interaction. They had to be brought in using control sticks and muzzles. Many were skittish, but are tolerating being leashed and transported. 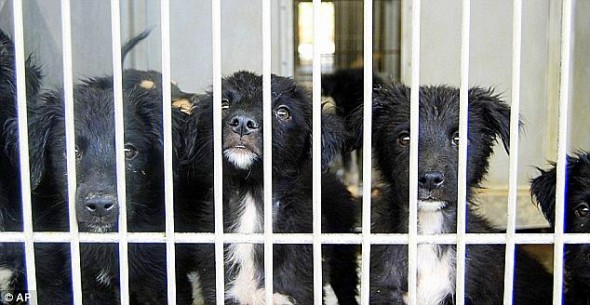 “It is extremely concerning when a self-proclaimed animal sanctuary fails to fulfill its commitment to the homeless animals it has accepted,” read a statement issued by Brian Cronin, chief of animal care and control. 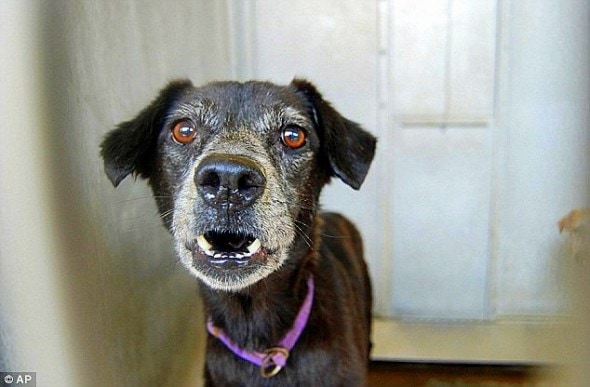 Because of the costs, most rescue groups can only accept one or two dogs. They are currently staying at San Bernardino County Animal Shelter in Devore. Some claim that this shelter is no better than the “sanctuary” from which these dogs were rescued, as evidenced by Friends of Devore Shelter Dogs. They say the shelter often puts down the wrong dogs, and their Facebook page considers them a high-kill shelter.

Due to serious health conditions, some dogs have already been euthanized. The rest can only be released to rescue groups because of the intense medical treatment and behavioral training they require to be adopted.

Thirty-five of the dogs are being re-rescued by a rescue group, and will eventually be adoptable. They’re being taken by Sacramento Independent Animal Rescue to a ranch in Auburn that has animal rehabilitation facilities. Ranch manager Stefan Huntley says they were primarily a greyhound rescue site, but has expanded to include other breeds. 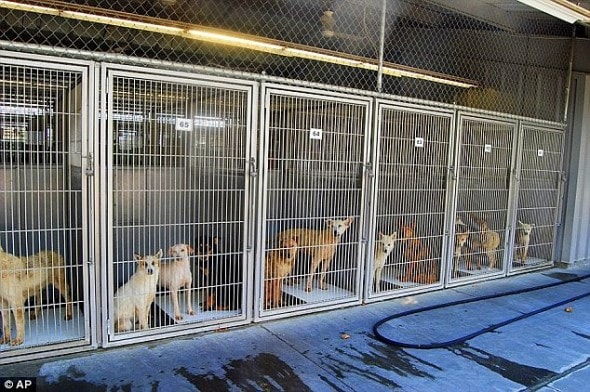 “These dogs are going to require a tremendous amount of work to be adoptable,” Huntley said. 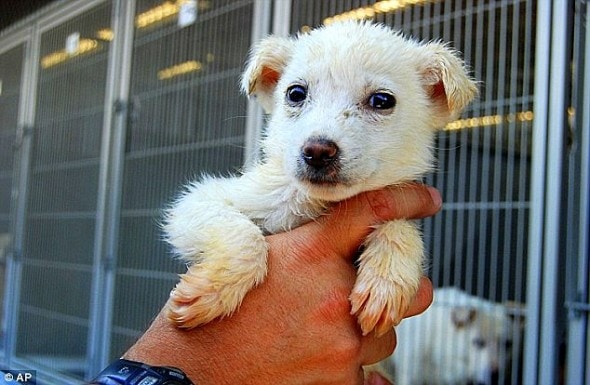 Now other accredited rescue groups are needed to adopt and transport the dogs. They are mixed breeds of mostly shepherd and collie, and range in age from newborn (born July 3rd) to 11 years of age. All of the dogs previously staying at the Devore shelter had been adopted to make room for these dogs, but more are always coming in, and these dogs are facing a death sentence if they are not immediately sponsored and taken in by rescue groups. 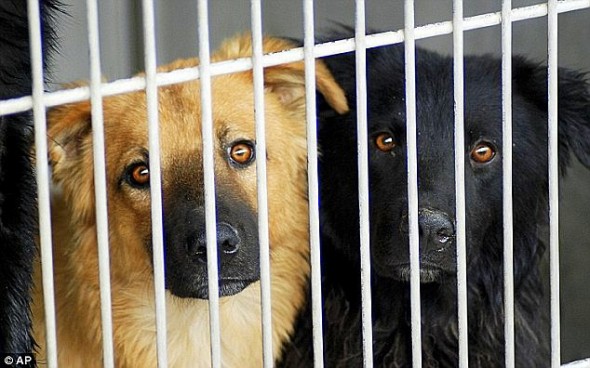