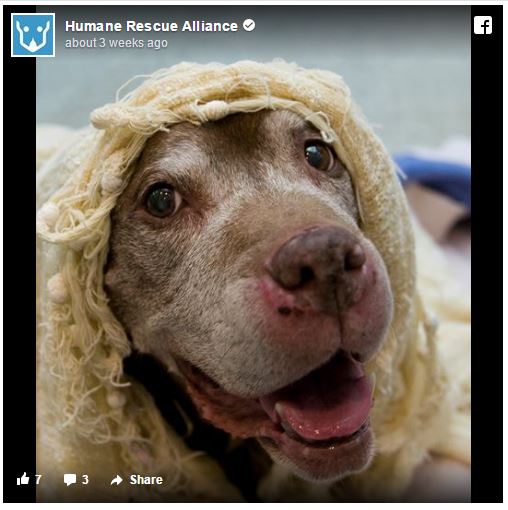 At 18, lovely Julep found herself in a place she never expected: the shelter. Her loving owner, whom she’d been with for a very long time, had passed away and the family was unable to care for her.

Julep was one of the oldest, “if not the oldest,” dog who’d ever come through, Alix John Tolley, spokesperson for Washington, D.C.’s Humane Rescue Alliance, said in an email to Today. “She’s lived a long and happy life.” 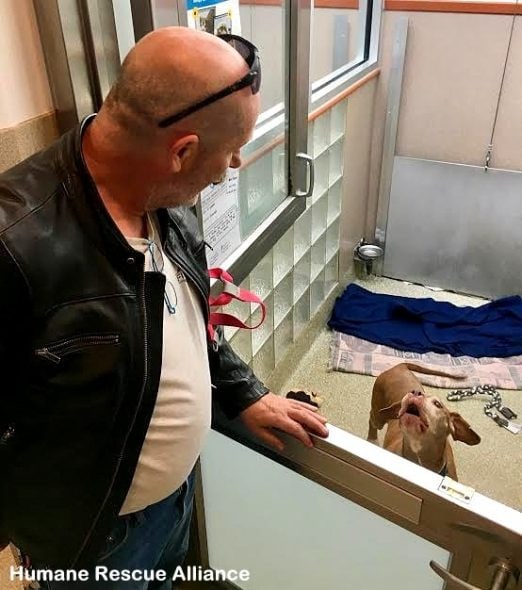 The shelter got busy on social media, posting about Julep on Facebook. They said Julep was looking for “a fresh start,” and “doesn’t need much, just a couch to sleep on and a human to love.”

And of course, there was a human out there who needed a dog, too.  Wayne Lerch lost his beloved 11-year-old pit bull, Jasmine, in December. And he was deeply moved by Julep’s story. 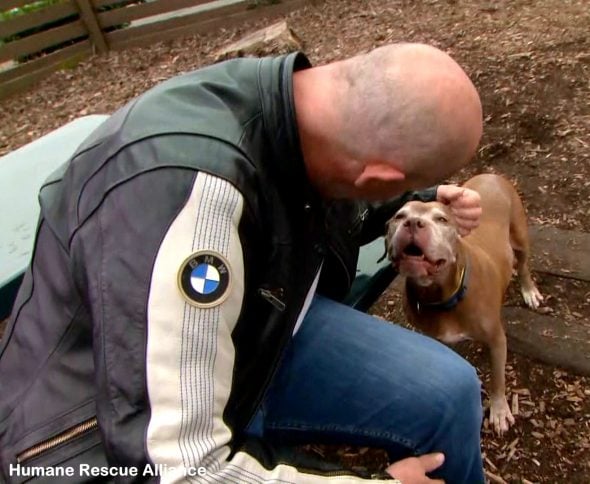 So much so that the day after he spotted her online, Lerch showed up at the Humane Rescue Alliance’s adoption center before it even opened. He took some dog-lover precautions, though, riding there on his motorcycle to avoid the pressure of adopting Julep right then and there — since there would be no way to get her home on his bike.

But as soon as he met Julep, he said, “I knew right away.” 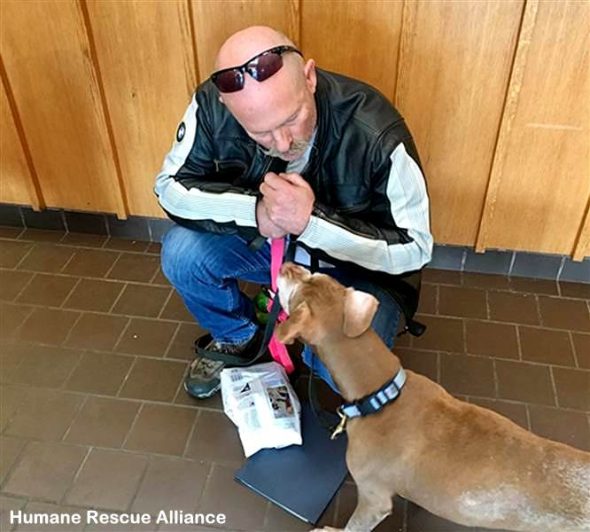 And he went home to get his car.  Lerch and Julep left the shelter, together. She had been there for just about a month.

“There wasn’t a dry eye in the room,” said Tolley. “We see a lot of happy endings and try not to get too emotional. But the combination of her age and Wayne’s obvious adoration for his new ‘old lady’ left us in tears.” 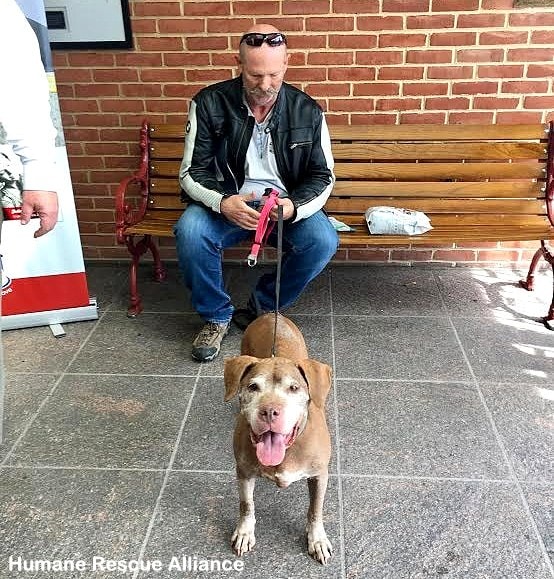 Lerch reported that Julep’s first day home was great. He feels she’s helping him get over the pain of losing Jasmine, and “she is, I think, happy as a pig in slop,” he said.

Julep (who has since been renamed “Tootie,” after Lerch’s grandmother) is healthy, but her new dad knows she might not be around for a long time. Whatever time is left, though, Lerch wants to make it special. 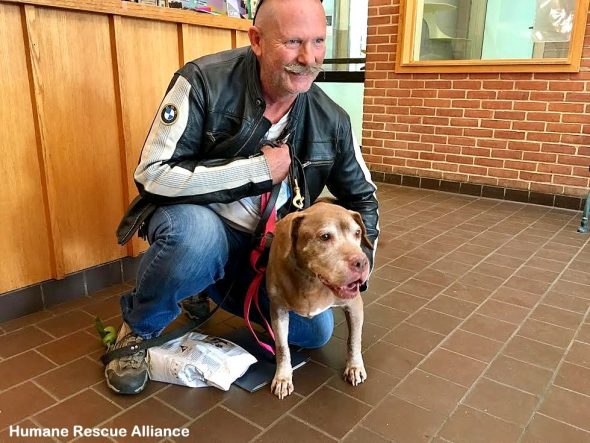 Tootie loves going for walks and taking naps. She especially adores getting petted. Lerch says he is happy to oblige.

“I couldn’t let her spend one more night in the shelter,” he said. “She’s saving me as much as I’m helping her.”

2 thoughts on “18-Year-Old Dog Gets Adopted: “I Couldn’t Let Her Spend One More Night In The Shelter!””