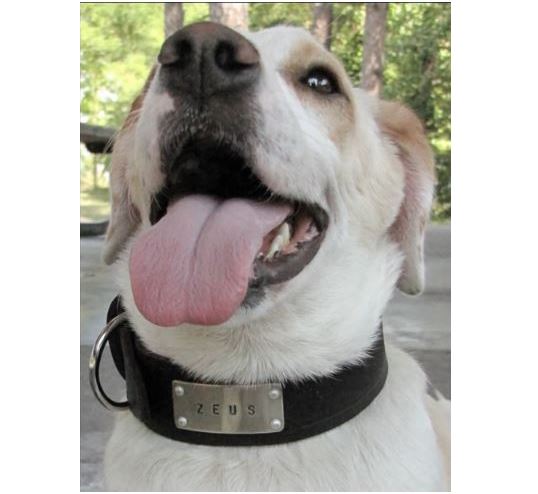 .
This is the remarkable story of Zeus, who was effectively paralyzed at the time he was rescued from a high-kill animal shelter in Oklahoma by the wonderful people at St. Francis CARE in Murphysboro, Illinois.

Zeus’ story has been told before, for the most part back toward the end of 2012, when he was learning to walk again with the help of his caregivers. We covered Zeus’ story on November 13, 2012, with Paralyzed dog rescued and making progress towards walking.

Zeus was rescued in August of 2012 after being left at a high-kill shelter in Oklahoma by his family, who, according to reports, said they either couldn’t care for him or, as St. Francis CARE tells it, “didn’t want a defective dog.” The family said they made the decision to turn him in after he’d begun to limp, and Zeus was partially paralyzed and unable to walk when rescuers met him at the Oklahoma facility, where his chances of being spared were slim.  Several rescues collaborated to help save Zeus, and he ended up with St. Francis CARE.

Zeus’ friends at St. Francis set about helping to rehabilitate him, and with water therapy, a wheeled cart and loving encouragement, he gradually managed to crawl and then to walk. Zeus was still a puppy when he was rescued, and his growth spurts led to setbacks in his mobility. He and his caring friends persevered, and he was able to overcome his setbacks.

Zeus’ story became known not only for one dog’s triumph over debilitating adversity, but of the greater example it sets. He is held up as an example, in a throwaway society, of what happens when you don’t throw something away, and that you don’t have to be perfect to be the perfect pet.

Zeus remains under the watchful eye of his St. Francis family.

You can see a large photo album with Zeus, at the St. Francis CARE Facebook, HERE.

St. Francis CARE retells  the story of Zeus’ remarkable journey, with the voice of those who were there and with footage from all phases of his recovery, in the beautifully touching video from earlier this year, which is seen below: