3-Year-Old Sends a Letter to Dog Heaven… and Gets a Reply! 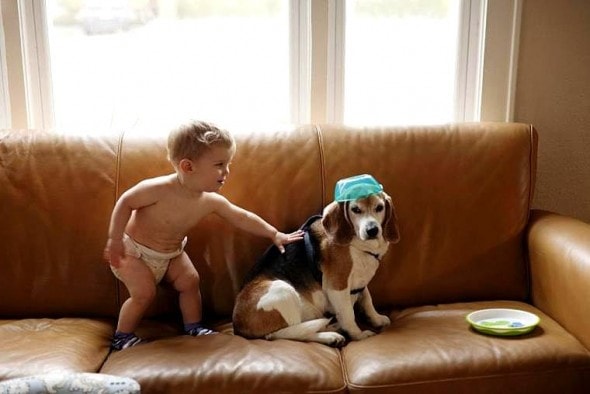 Get the tissues ready.  A three-year-old boy and his mother sent a letter to heaven for his beloved dog Moe, who died in April, and in a complete surprise, they actually received a response!

Ever since our beagle died in April, I’ve been writing occasional letters to him with my three-year-old son. At night, we sit at the kitchen table, Luke tells me what to say and I write it down. Then, because you can’t fool a three-year-old, we take the letter to our mailbox. Usually, we address it to “Moe Westbrook, Doggie Heaven, Cloud 1.”

One night about two weeks ago, I forgot to take the letter out of the mailbox while Luke was asleep. The next day, it was gone. I assumed the post office would throw it away—or that someone might even laugh at it, or us. 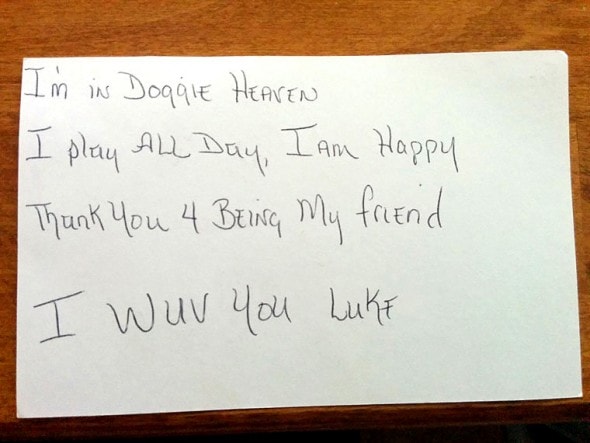 Instead, this morning, this unstamped note appeared in our mailbox. The return address read only, “From Moe.”

The kindness of this stranger gutted me. I’ll give the note to Luke tonight, but I’m keeping it by my desk for now.

Moe came into my life 13 years ago and he made things more complicated and smelly — but also, well, wonderful. I still miss him every day.

Receiving the note reminded me of the goodness of people and just how big a small gesture can really be. Here’s to Moe, in doggie heaven, and thoughtful postal workers everywhere. 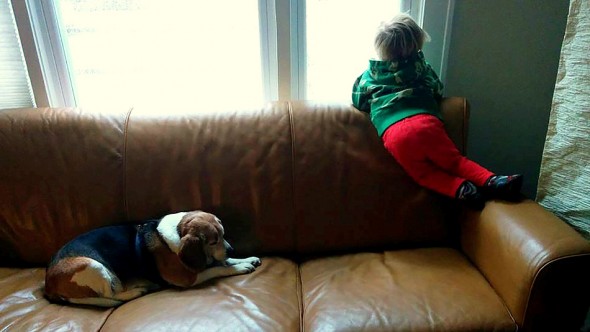