Do you know the source of the top five pet poisons found in your house? Your purse! That’s right; your handbag is a reservoir for lots of things toxic to dogs and cats. In honor of Animal Poison Prevention week, petMD.com urges pet owners to hang up their purses! Or at the very least, keep a watchful eye on your dog or cat if you have the following items on you. 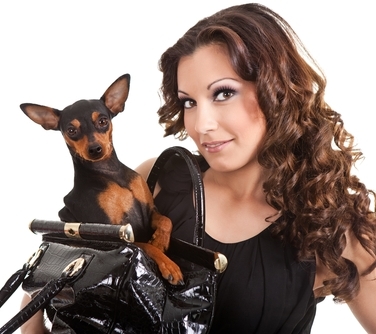 1. Sugarless Chewing Gum and Breath Mints: Xylitol and dogs don’t mix. Have sugarless gum or mints in your purse? Most sugarless gums, including some Trident, Orbit, and Ice Breaker brands, contain xylitol, a sweetener that is toxic to dogs. Some sugarless mints, flavored multivitamins, toothpastes, and mouthwashes may also be made with xylitol. When ingested, even small amounts of xylitol can result in a life-threatening and rapid drop in blood sugar (hypoglycemia), and if large amounts are ingested, dogs can suffer from severe acute hepatic necrosis (i.e., liver failure). Signs of xylitol poisoning include vomiting, weakness, difficulty walking, collapse, tremors and seizures.

2. Human Medications: Admit it — most females keep a small bottle of ibuprofen in their purses. These pill vials are irresistible to some dogs — they are easy to chew through, rattle when chewed, and resemble a chew toy to our dogs! Common drugs ingested by pets include non-steroidal anti-inflammatories (NSAIDs like Advil, Aleve, and Motrin), acetaminophen (e.g., Tylenol), and antidepressants (e.g., Effexor, Cymbalta, Prozac). All of these can cause serious harm to dogs and cats when ingested. NSAIDs cause stomach and intestinal ulcers as well as kidney failure, especially in cats. A single Tylenol tablet (containing acetaminophen) can be fatal to a cat, and a larger ingestion can lead to severe liver failure in dogs and dry eye (keratoconjunctivitis sicca). Antidepressants can cause neurological problems like sedation, incoordination, agitation, tremors, and seizures.

3. Asthma Inhalers (albuterol): Asthma inhalers are commonly stored in purses for emergency use. When accidentally chewed and punctured by dogs, asthma inhalers can cause acute poisoning. Asthma inhalers often contain concentrated doses of beta-agonist drugs (e.g., albuterol), and each inhaler often contains 200 doses in one vial. When dogs chew into them, they are exposed to massive amounts of the drugs all at once. This can lead to severe poisoning, resulting in life-threatening heart arrhythmias, agitation, vomiting, collapse, and death.

4. Cigarettes (nicotine): Not only are these bad for you, but they are equally bad for your pets! As few as three cigarettes can be fatal to a small dog, depending on the “strength” or “lightness” of the cigarettes. Cigarettes, chewing tobacco, and even smoking cessation gums contain nicotine, which is toxic to dogs and cats. Nicotine poisoning causes clinical signs rapidly — in as short as 15 minutes — and can be fatal if not treated. Signs of elevated heart and respiratory rates, neurological overstimulation, uncontrolled urination/defecation, tremors, seizures, paralysis, and death can be seen with accidental ingestion.

5. Hand Sanitizer (alcohol): In our germaphobic society, most of us now carry hand sanitizer in our purses. Many hand sanitizers contain high concentrations of alcohol (ethanol) — nearly 100 percent alcohol! When a dog chews and ingests a small bottle of hand sanitizer, it can have the same effect as a shot of hard liquor. Signs of alcohol poisoning include a severe drop in blood sugar (hypoglycemia in dogs), lack of coordination, a drop in body temperature, neurological depression, coma, and death.

Finally, if your pet should accidentally ingest one of these poisons, call the Pet Poison Helpline at 855-213-6680 immediately.

2 thoughts on “5 Pet Poisons Lurking in Your Purse”