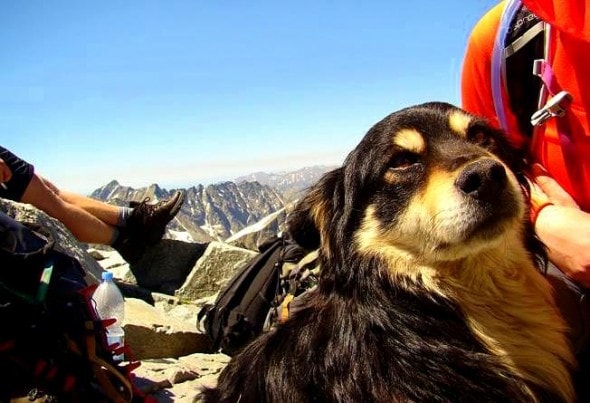 A group of climbers became heroes when they saved the life of a small dog who was taken up a mountain in Poland and left there to die.  Now he is waiting to be adopted in a home where he is valued.

When the dog was first discovered in the Tatra Mountains, rescue services was contacted.  They refused, coldly stating that they only rescue humans.  At an elevation of over 8,000 feet, it is highly unlikely that the dog could get down the craggy mountain Rysy on his own.

So a crew of mountain climbers took on the arduous task of ascending the slope to rescue the poor boy.  It took 10 hours for them to climb using chains and ropes, but they successfully reached the dog and carried him down the icy rock in their arms.

Animal rights activist Anna Plaszczyk believes it to be nearly impossible for the dog to have made it all the way up there by himself, and calls his abandonment a “death sentence.”  She is hopeful that any witnesses or persons who recognize the sweet boy, now being called Rysy, will come forward to identify the person who dumped him.