When a call was sent out from locals that a dog had spent a week living under a car in public park for a week came in to Hope for Paws, they went out straight away.  Numerous attempts were made by others to coax her out and get her help, but after being attacked by what seemed to be either coyotes or possibly some other dogs she came across, she was far too scared to come out. 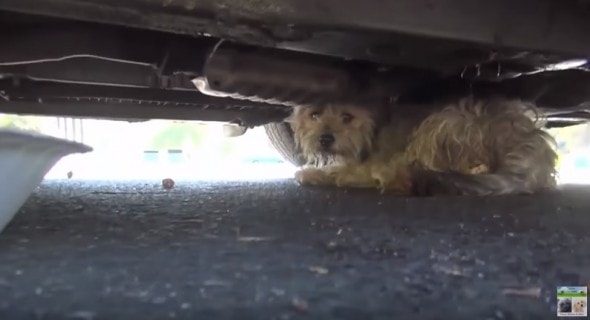 Hours went by, and still the poor thing would not come out.  It seemed like forever, but they were eventually able to get her to start accepting treats and food from them.  It was slow going, but it seemed like eventually, she started to trust her rescuers a little bit at a time. 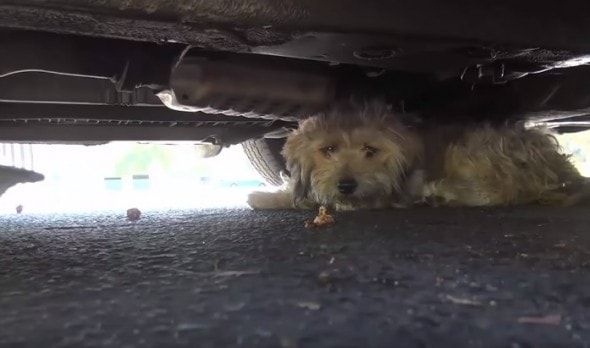 The car was too low to the ground for the rescuers to reach under and grab her, so they had to build trust over time.  They did at one point get a leash on her, which finally got her out from under the vehicle, and Madeline was on her way to getting checked out medically. 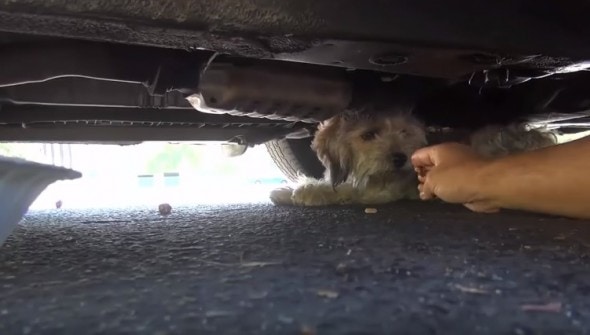 Once back at the shelter, it was discovered that Madeline had been attacked.  It was assumed that took place either in, or somewhere near the park sh was found in.  By the bite marks she had, it was thought to be the work or other dogs or possibly coyotes.  Both are known to inhabit the park she was in. 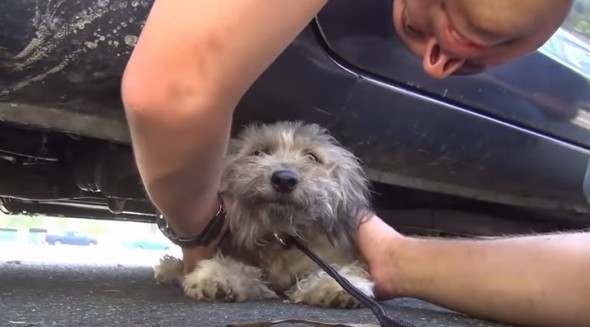 She was taken in by the Hagar family to begin recovery.  However, she wouldn’t be staying too long.  In just a few short weeks she was back on her feet.  Not only was she doing better medically speaking and really coming out of her shell, she met a wonderful family and became a full time member.  She had her forever family, and she was a very happy dog.  Nice work Hope for Paws!