A dog who goes by the name of Lt. Dan from Lebanon, Ohio has been through a lot.  This poor dog was rescued from a hoarding situation, where things go so bad for him, it’s expected that he chewed off his back legs in an attempt to escape on his own.  Well, last week Friday, Joanne Hurley from the Humane Society of Warren County said Lt. Dan “got his legs back” in the form of a donated doggy wheelchair.

In case you didn’t know, Lieutenant Dan is the name of a character from Forrest Gump who loses his legs in the Vietnam War.

“Lt. Dan was a little unsure of it at first, but he’s very trusting with us and he tolerates the process really well,” said Hurley.  “When he got in it you could actually see a little pep in his step where he kind of trotted a little differently.” 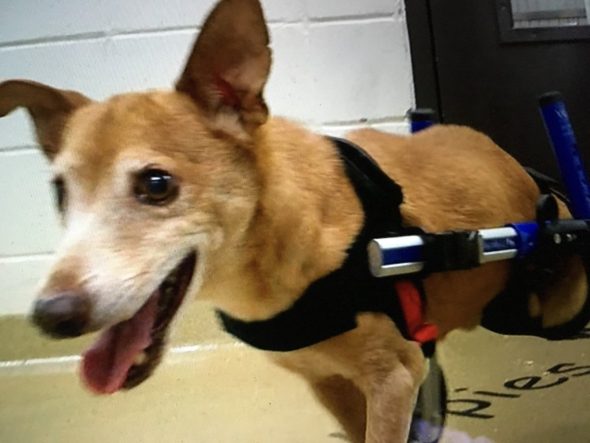 As mentioned, Lt. Dan was rescued from a hoarding situation along with 18 other dogs.  The situation took place on a property in Southeast Ohio, and according to law enforcement and rescue officials, it was one of the most deplorable hoarding cases many had ever seen.  Things got so bad for Lt. Dan, he was at one point forced into a situation causing him to chew off his back legs.

“Lt. Dan actually has a spinal fracture that has misaligned during the healing process,” Hurley said. “He also had fractured back legs, which either have gotten an infection and rotted away or, by a dog’s nature, he might have chewed them away if they were useless to him.” 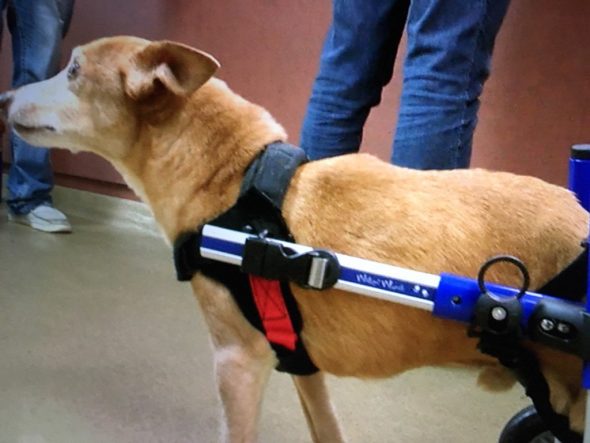 According to Hurley, Lt. Dan has taken to his new legs, or wheels in this case, pretty quickly.  In fact, you might say he’s a bit of a natural!  He loves to come flying up to greet staff and visitors at the humane society, and if there’s anything holding him back, it’s the fact that he gets himself tired out pretty quick, because once he’s strapped in, there isn’t any stopping him.

“The vet has advised us that we need to do it in small increments each day,” said Hurley.  “We let him train a little bit, take him out and repeat this process over and over several times until he gets used to it and builds those muscles up.” 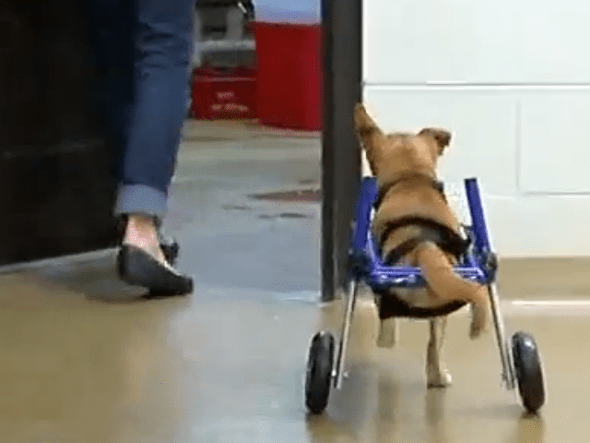 The new “legs” aren’t the good news for Lt. Dan.  Someone happened to see his story on the news, and they called the humane society straight away.  They applied for adoption, and the shelter staff couldn’t be happier that he’ll be going to a really great family that will take excellent care of him.

“She has five dogs at home, four of which are disabled,” Hurley said.  “Her house is accessible for disabled dogs.  We’re super excited about that because this is what she does and what she’s good at.” 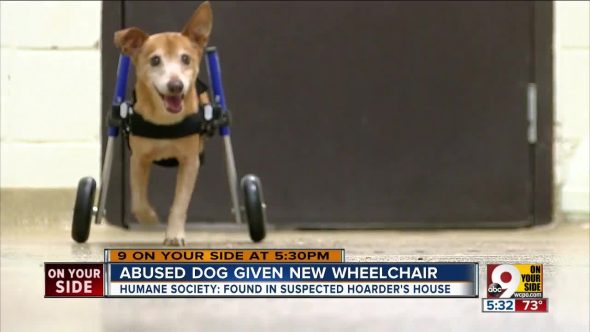 The Warren County Humane Society took in all 18 of the dogs rescued from the property in question, and 17 of them are still looking for forever families.  If you’re in the area, or are looking to make a furry, four-legged addition to your family, one of these dogs may be just who you’ve been looking for.  You can click here to visit the shelter’s website, or you may call them directly at 513-695-1176.