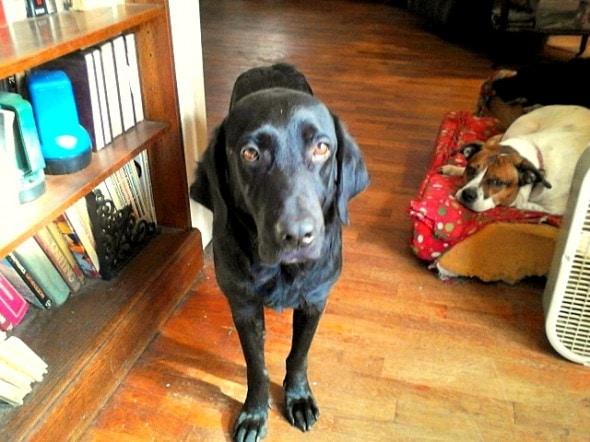 I was turning 22, and it was cold and rainy, and I had said I was only going to look for a dog. I wasn’t going to adopt until I was sure we were ready. I’d already seen dogs online that needed homes and I swore I’d make the right choice and wait. Until I saw him. He was cold, wet and smaller and skinnier than all the other dogs. He was scared and refused to come out where he could see us. He wasn’t the kind of dog I wanted at all.

But the moment I saw him I knew he needed me. He’d been at the shelter for over a year, found on the streets as a dump case. He’d been abused, that much was certain. He fought the volunteer that brought him out until he choked himself and she had to pick him up and carry him. I wasn’t sure at all about him, so I decided to take another walk around the shelter. I saw many dogs but all were the same. Pushing at their cages and barking, demanding attention. I kept returning to him, the one who just wanted to hide from humans. I decided then I wanted him and despite the vow I had made, I took him home that day.

Brantley changed my life. He learned from me and I have learned from him. He is undergoing vet approval to be certified as my assistance animal.

But most importantly, he learned to trust. Something that never should have been broken.

256 thoughts on “Abused, Unwanted Dog Finally Gets a Home”