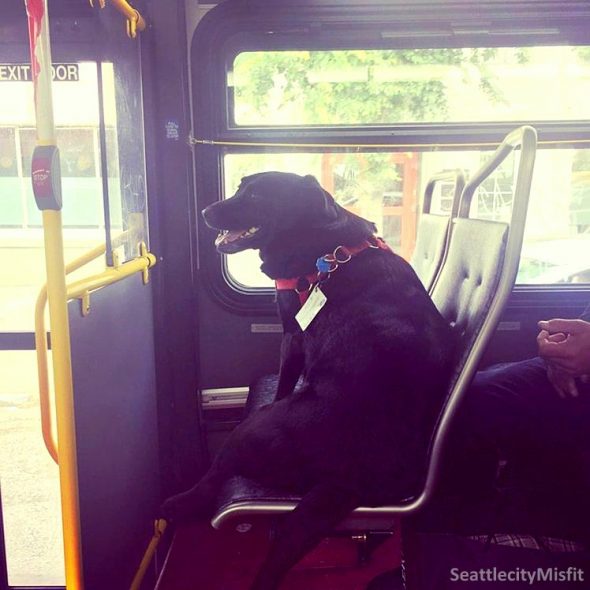 This is the happiest passenger you’re ever likely to see on public transport – a dog named Eclipse, who was given her very own bus pass so she can visit her favorite dog park.

The Seattle gal is a regular on the bus, and the sight of her provides great amusement to other riders, one of whom recently shared a photo of her on Reddit.

“So this is Eclipse,” the caption reads.  “Every day she leaves the house by herself, and takes the bus downtown to the dog park.  She even has her own buss pass attached to her collar.”

Another Redditor said that they used to see her every morning.

“I used to get on at the same bus stop and ride the same bus with her every morning in Seattle. Her owner hated all of the publicity she gets but he understood. She would sometimes get on the bus without him paying attention then she would get off at the dog park and he would meet her there. Very cool dog.”

While we don’t condone allowing dogs to freely travel – because who knows what could happen to them – Eclipse and her bus pass certainly are cute.