To keep one leg up on the poachers in Africa, those that dedicate themselves to fighting against it must remain ever vigilant, and innovative in their approach.  So now, there is a team of dogs that are dropped into known poaching hotbeds via parachute, with a handler.  It’s all aimed at keeping other animals alive. 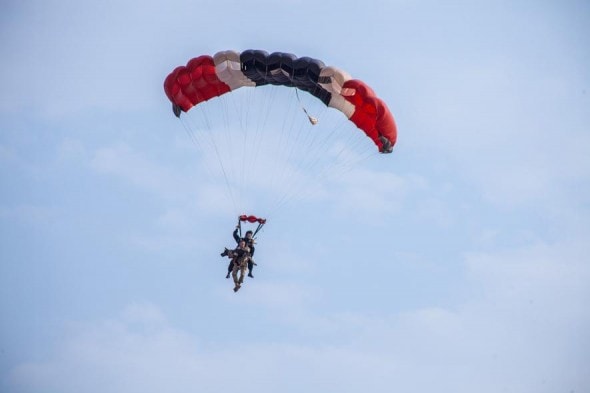 Arrow and Giant are two of the dogs on the front lines as far as combating the poaching problem in Africa.  There are about 200 other dogs enrolled in the program as well, and training is underway.  All of the dogs will receive special training on tracking and other survival skills by the Paramount Group at the Anti-Poaching and Canine Training Academy.

Some might expect the dogs might not be that into the skydiving portion of things, but according to training staff, they actually take to it quite well.  A lot of time and effort is put into gaining a level of trust with the dog is such a way to make things like that a non-issue.  In fact, most of the dogs in the program trust their trainers so much, it rarely comes up in the course of normal training.