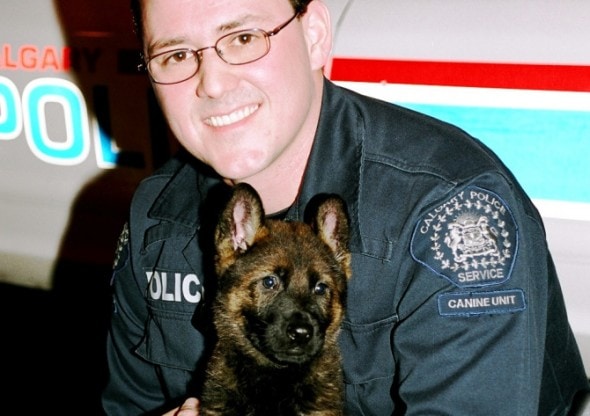 For eight years Pix has been keeping the city of Calgary safe as a police dog. Now the brave dog is retiring and looking forward to life as a spoiled and pampered pooch.

Pix was only eight-weeks-old when he joined the force in 2004. He has been partnered with Const. Jim Gourley for the entire eight years. Pix will continue to be by Gourley’s side, but no longer on the force instead just living with Gourley’s family and being a pet.

Pix had a huge impact on the Calgary Police force in his eight years. He was deployed over 1,000 times and responsible for the arrest of hundreds of offenders. He was a heroic and dedicated police dog, one time he held one suspect even while another tried to attack him with a golf club.

Pix will no longer have to worry about those kinds of attacks though, he officially retired on Friday. There are no big plans for his retirement except doing everyday dog things like hanging out watching movies with his family and learning new tricks.