More than 34 Havanese dogs that were the subject of many rescue attempts in Toledo, Ohio have finally been rescued from the home where they were living in.  Mike Keyser and Kimberly Martin handed over the dogs this morning after animal control and police officers made several attempts to follow up on complaints.

According to the Toledo Area Humane Society President Stephen Heaven said that Martin is the one living at the property in question and that she is in very poor health.  He said that her medical condition made her unable to properly take care of the dogs, and they were left in a state of neglect because of it. 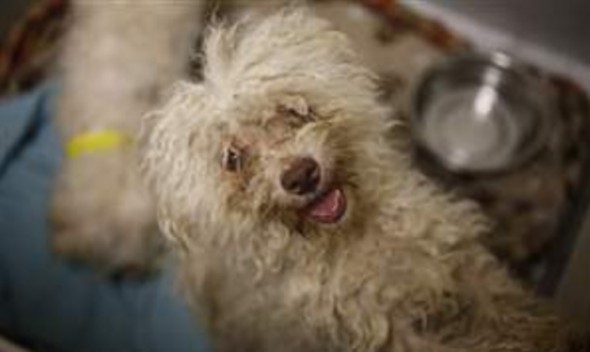 “It was a case of he was having difficulty taking care of the dogs because the woman in the house was ill and it was just getting too much for him,” says Heaven.  “They all smell very bad, they’re all covered in feces and urine.  And the matting, you can see the oldest one is really, really badly matted.”

It is estimated that they must have started out with just a few dogs, and possibly began breeding from there.  Heaven says that the physical and medical issues that the dogs are suffering through won’t be too difficult to solve.  The problem is going to come from trying to help with behavioral issues. 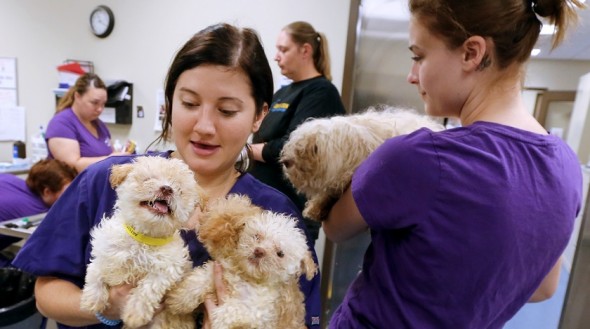 The Toledo Humane Society will spend the next few days or so getting them cleaned up and feeling more comfortable.  Then the process of evaluating each dog rescued individually will begin, where it will be decided what dogs will be available right away and what ones will need some more work before they can be rehomed.

If you can afford to, please consider giving a donation to the Toledo Area Humane Society to help out with the care of these dogs, you can click here for more information. 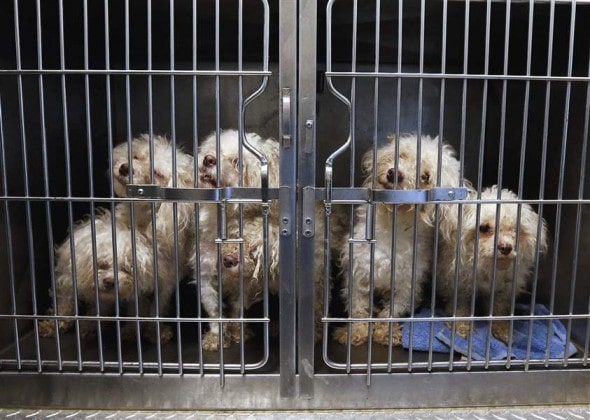