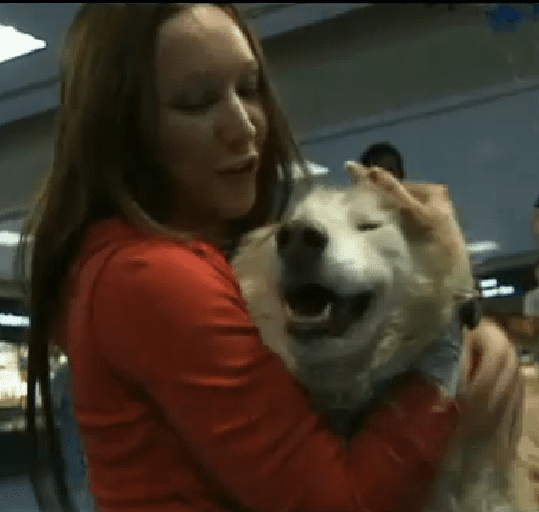 After searching for nine months, Leanne Saunders had almost given up hope that she’d see her dog Kane again. Then she got a phone call on Wednesday, Kane has been found over a thousand miles away from the Saunders’ Phoenix home.

Leanne Saunders believes someone took Kane from her backyard back in April. Saunders posted flyers, placed ads on Craigslist and contacted all the local animal shelters hoping to find Kane. After nine months it looked like Christmas was going to be without the family’s husky dog.

On December 10th, Kane was spotted by a woman on a highway in East Oregon. She called police and Kane was taken to the pound. A week later he was turned over to an animal-welfare group. That’s when the Pendleton Humane Society found Kane’s microchip and tracked down Saunders.  Late Wednesday night Saunders got the call that her missing dog was in Oregon. “I was still hesitant, but then I got a picture of him and I knew it was him,” said Saunders.

There was still a problem; Saunders didn’t have the means to get Kane back to Arizona. Saunders, who works as a stylist at Petco, turned to the Petco Facebook page for help. A group of Petco employees along with some volunteers from the Pendleton Humane Society helped made it possible for Kane to come home. Kane was transported to a Petco store in Walla Walla, Washington where he then began his journey home on a plane.

On Saturday night Kane’s journey came to an end when he and Saunders were reunited at Sky Harbor International Airport. “I just wish dogs could talk. I wish I knew what happened,” said Saunders. Kane might not be able to tell his story, but what’s most important is that he is home safe and sound for the holidays. “I couldn’t ask for anything more. It’s the best Christmas present ever,” said Saunders